Popular actor Gurmeet Choudhary talks about the challenges he faced while preparing to play a visually impaired character in his recently released film 'Shubho Bijoya'. 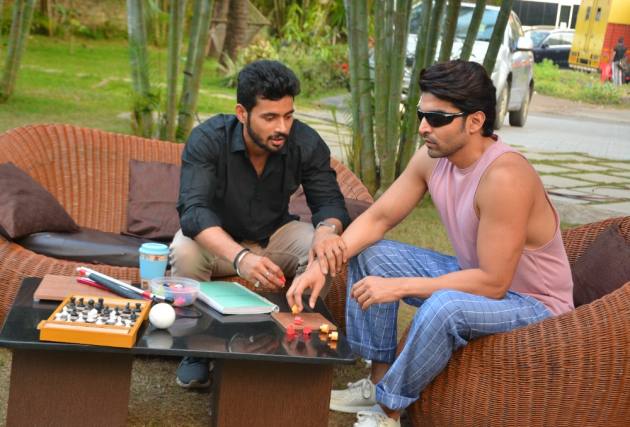 Actor Gurmeet Choudhary is known to give it his all for every performance that he takes up. ‘Shubho’, his character, from the film ‘Shubho Bijoya’ is no different. However, Shubho required more out of Choudhary in the sense of mental and physical training. Choudhary’s character becomes visually impaired halfway through the film.

Bollywood actor Ayushmann Khurrana’s trainer for the film ‘Andhadun’, Hemendra Pratap Singh, who is visually impaired himself, trained Choudhary for this role as well. According to a source close to the actor, both Choudhary and Singh spent hours preparing for the role.

“The two of them spent hours together, perfecting the simple nuances like Gurmeet's walk, how he lifts certain objects, how he responds to sound, etc,” the source informs.

“He spent like a week or so with the trainer to understand how visually impaired people interact with the outside world. Gurmeet used to spend two-four hours everyday to learn how thy walk, touch, feel, calculate things,” the source added.

Gurmeet himself admits the challenges of playing a visually-impaired character was not easy.

"I have new found respect, admiration and awe for every person who does not have their sight. I feel no pity whatsoever, because they are so empowered within their own-selves. They have four other senses and these senses enable them to do anything and everything,” he says.

“Working alongside -- and my director, Ram Kamal Mukherjee and also my Bijoya, my wife Debina, this film showed me how emotionally fragile one can be. It required me to go into my soul, find that visually impaired person and play it with perfection and conviction. The film is now out and the reaction is truly humbling for me," he adds.