From the guest list to security arrangements, here's all you need to know about the most awaited wedding of Bollywood actors Katrina Kaif and Vicky Kaushal. 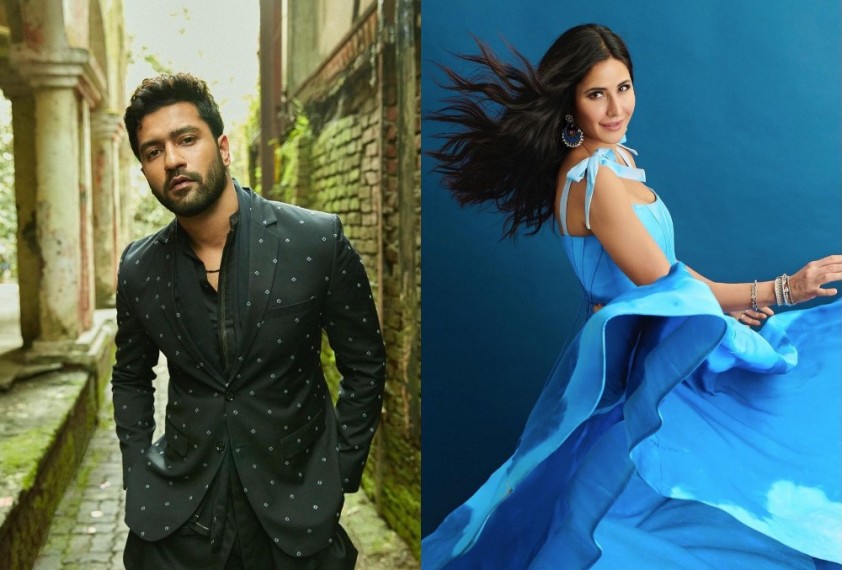 According to several reports, Bollywood stars Vicky Kaushal and Katrina Kaif will marry on December 9. The wedding festivities will last for four days, commencing from tomorrow  (Dec 7) and ending on December 10. The rumoured couple will marry in Sawai Madopur city's Six Senses Resort in Rajasthan.

Here's a list of details to cover you regarding the couple's royal wedding:

The four-day wedding festivities will take place in Sawai Madhopur city's Six Senses Fort Barwara, Rajasthan. Six Senses Fort was built in the  14th century and has been sensitively converted to a sanctuary of well-being and luxurious resort.

The resort offers majestic views of the Chauth Ka Barwara mandir (temple) and the Barwara lake.

According to Times Of India, The Kaushal- Kaif wedding celebrations will commence in Rajasthan with a starry Sangeet ceremony on 7th December.

On December 8th, the lavish mehendi ceremony is set to take place. Kaif has ordered for special Sojat mehendi from Rajasthan which is a hot favourite among many celebrities and costs a whopping amount of 1 Lakh.

Kaushal and Kaif will tie the knot on December 9 in a royal and extravagant wedding at Six Senses Fort Barwara in the city of Sawai Madhopur.

The couple will host a glamorous wedding reception which is set to take place on the 10th of December.

Recently, a meeting of the district administration officials in Sawai Madhopur was organised to discuss the law and order arrangements for four days (December 7th to 10th) during the high-profile celebrity wedding.

Several dharamshalas in the Six Senses Resort area have been set aside for security personnel.

According to India Today, The wedding festivities will include 120 guests for a span of four days (from December 7th to 10th).

There will be special codes assigned to guests in order to keep the wedding a highly confidential event.

Diktats Imposed For The Wedding:

According to India Today, the couple has issued a strict no mobile diktat for the guests present at the wedding.

The wedding guests have also been made to sign an NDA (Non-disclosure agreement) clause and are strictly prohibited for photographing at the event.

As per NDTV, The guests who have not been vaccinated will require an RT-PCR test.

As per Bollywoodlife's latest reports, 100 confectioners reached Six Senses Resort from Mumbai.  The confectioners are reported to stay in the nearby Dharamshala.

Special arrangements have been made for vegetables as a truck loaded with vegetables from Karnataka has reached the venue.

A blend of Punjabi and exotic dishes are to be expected for the grand wedding.