The film stars Mrunal Thakur as Shahid Kapoor's wife and Pankaj Kapur as his mentor. 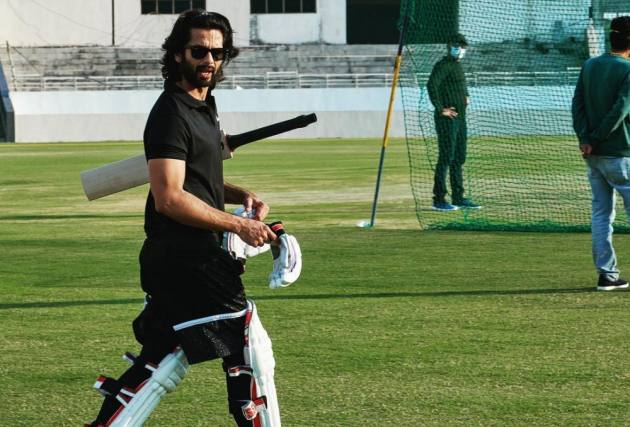 The long-awaited trailer of 'Jersey' featuring Shahid Kapoor and Mrunal Thakur was unveiled on Tuesday evening, and it is everything fans had hoped for. 'Jersey,' which is the Hindi remake of the 2019 Telugu movie of the same name which starred actor Nani, stars Shahid Kapoor as a capable but failed cricketer who chooses to play again and re-enter the game in his thirties for the sake of his son.

'Jersey' has been directed by Gowtam Tinnanuri, who also made the original Telugu film.

The film stars Mrunal Thakur as Shahid Kapoor's wife and Pankaj Kapur as his mentor.

The trailer begins with Kapoor, who once used to be a successful cricketer but isn't doing anything professionally currently, requesting his wife for some money, after which she refuses. He takes his son to his cricket training when the kid requests him to give him a cricket jersey as a present on his coming birthday. Shahid, who is "struggling to make ends meet, wants to satisfy his child's wish" but for that, he has to confront his "heroic past."

Held between dodging his old life and the wish to fulfill his son's wish, Shahid Kapoor approaches his coach (played by his father Pankaj Kapur) and chose to re-enter the game in his thirties.

Watch the trailer of the film here:

Allu Aravind, who had last made an appearance in Bollywood as the producer of 'Ghajini' is now all set to make a comeback in the Hindi film industry with 'Jersey.'

The producer was even spotted today at the trailer launch event of Jersey. The film is presented by Allu Arvind and is produced by Aman Gill, Dil Raju, S. Naga Vamsi.

'Jersey' will release in theatres on December 31 this year.