Karan Kundrra: Absolutely Comfortable With Any Of My Ex-Girlfriends Coming On ‘Bigg Boss 15’

Actor Karan Kundrra speaks to Outlook about being nervous entering the infamous ‘Bigg Boss’ house. He talks about how the show has been offered every year to him, and he finally relented this year. 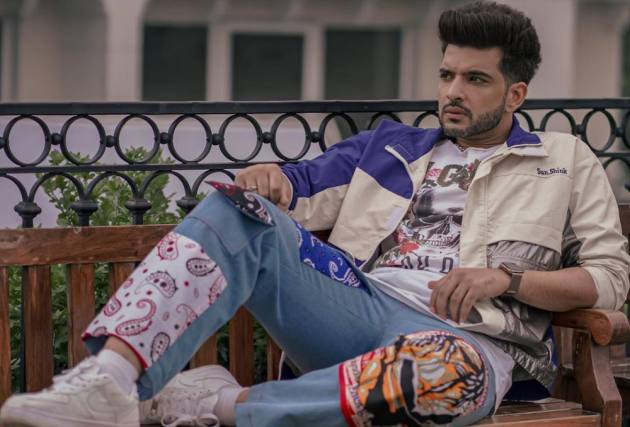 Actor Karan Kundrra is one of the most popular celebrities to have entered ‘Bigg Boss 15’. He has been saying ‘No’ to the show for the past many years, and finally this year, he agreed to be on the show, and test his own strengths.

In a candid chat with Outlook, Karan talks about why he said ‘Yes’ to the show this year, why he feels ‘Bigg Boss’ is the most challenging of all reality shows, whether it would give his career a boost, and whether he would be okay if any of his ex-girlfriends entered the show as a wildcard. Excerpts:

Are you nervous now that you’re in 'Bigg Boss'? Have you followed the show before?

I am extremely nervous. I know about the show. I have seen snippets of the show before on social media. So, I know what goes on but unfortunately, I have had such erratic work schedules that I haven't been able to watch any of the seasons properly. So, I can't say that I am a religious watcher of the show. But definitely, I know a lot about the show.

Have you met Salman Khan before or will this be the first time?

No, I have met Salman Khan before. Once I met him on the set of 'Bigg Boss' itself. I had the honour of bumping into him. After all, we have been in the industry for so long. So somewhere or the other we have bumped into each other. Maybe some of his films are getting shot in the same studio where some of my show is getting shot. So you end up meeting each other. I have had these little meetings with him.

What’s your perception of Salman Khan?

I feel that he is a very to the point person. He is like 'If I like you, I like you. If I don't like you, I am not going to hide that fact from that person.' Hence the billions and billions of people including me who love him, because he is like that. That is what everybody including me likes about him.

Have you been offered 'Bigg Boss' before as well?

Yes, every year. But I think that everything has the right time to delve into something. I have been offered the show for a long time, but I don't think I would have been as prepared as a human being (as I am now). I may be saying this three years later, that I was probably less prepared. After all, you keep evolving as a person. So, every year we have had these talks, but never had the talks reached a place where I would actually say 'Yes' like the way I have done this year.

What prompted you this season to take it up finally?

I think it was the meeting with the makers. You always have certain ideas about a show and about how you will perceive yourself and about how people will perceive you when you are on the show. You feel that you are a certain way and you are not good for the show or the show is not good for you. These conceptions start changing once you start meeting the people who are actually making it. There was not a single person, over the years, who had told me that you should not do the show. I was the only person who was telling myself that I should not do this show. I used to feel that I am not made for a show like this, but everybody around me would be telling me good things about the show so many times. So when I finally decided this year to meet the makers, we had one, two, three meetings and a lot of things got debunked. A sense of confidence was created by both sides. It's like when somebody comes and tells you their opinion, it is up to you to take that in stride or to just be adamant about what you think. So, I feel that what I used to think about myself and about the show, was quite different and that changed after those meetings with the makers.

Do you hope or wish that your journey will be like any past contestant or winner of the show?

At the end of the day, even in your career, you cannot follow the path which has been set by someone earlier, because that was their journey. You have to create your own journey. Everybody is a sum total of their own experiences. You react in a certain way. You have your own opinions. You have your own way of dealing with things. So, every journey has to be an individual journey.

Do you have a game plan?

You’ve been a part of many reality shows before whether it’s a dance show or 'Roadies', etc. How different is ‘Bigg Boss’?

You bring together all of those reality shows, and 'Bigg Boss' alone is much more stressful than all of them combined. I believe that 'Bigg Boss' is the most challenging format of a reality show in India. You are subject to extreme levels of stress, extreme levels of being away from family, being away from basic necessities of life. You are away from simple things like tea. I think it is the most challenging and at the same time, it is the most rewarding as well. There is nothing as rewarding. You are not just fighting with other contestants, you are fighting with yourself. You have seen the world, now is the time to sit back and look within yourself.

Are you hoping that 'Bigg Boss' will give a boost to your career?

To be honest, I am not doing it for the money. I am not doing it for any other thing. Actually, I have a responsibility towards my fans. They have been extremely kind and loving towards me and wherever I have reached today it is because of their love, and this is an extension of the entertainment that I have been providing them. They have been asking for it. So, will 'Bigg Boss' affect my career? Absolutely. The kind of exposure that 'Bigg Boss' gives you will not just affect my career, but it will affect my image. It will affect all the decisions that I am going to make once I'm out. The decision that I make inside, it could be good, it could be bad, you never know (that will affect my image). That is exactly the challenge, and that's why 'Bigg Boss' is the most challenging show on TV.

Salman told in the press conference that he was looking for contestants to bring their junglee side on the show as the theme is a jungle. What’s your junglee(wild) side?

Who do you think will be your toughest competition on the show?

Right now, the biggest competition is with myself. I want to see what I am made of.

On 'Bigg Boss', anything can happen, at any time. Will you be okay if say any of your ex-girlfriends were to be a part of the show, maybe as a wildcard entry?