Kareena Kapoor Breaks Silence On Getting Trolled For Naming Son Jehangir: We Have Two Innocent Children

In an interview, the actor said that she has started to meditate to try and avoid all the negativity around her family. 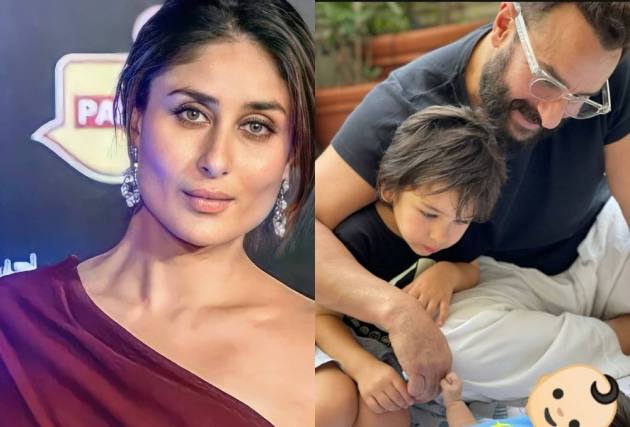 Actor Kareena Kapoor Khan has finally broken her silence after she and her husband, actor Saif Ali Khan, were trolled on social media for naming their son, Jehangir.

In an interview with India Today, the 40-year-old said that has started medtating, because she was “pushed against the wall” by all the negativity around her family.

“You know I am a very, very positive person. I am very happy and content. I want to spread happiness and positivity in a time like Covid, I can't think of trolls or any form of negativity. [But] Now there is no other way, I have to start meditating. Because aur koi chaara nahi raha na abhi (There’s no other way out). That's just now because I am pushed against the wall so now, I am like ‘OK, I will stay meditating',” she said.

The couple faced were also trolled for naming their fist son Taimur. Kapoor, during the interview, accepted that the “negativity” around her family is probably never going away.

“There are two sides to a coin. So, it's okay. If there is positivity, there is negativity, I have to look at it like that. I wish there wasn't. Because we have two innocent children we are talking about. But we are going to stay happy and positive,” she added.

While releasing her book, ‘Kareena Kapoor Khan’s Pregnancy Bible: The Ultimate Manual For Moms-To-Be’, it was revealed that the couple had named their baby Jehangir, who they fondly call as Jeh.

On the workfront, Kapoor will be seen in the upcoming film ‘Laal Singh Chaddha’, a Hindi adaption of the Hollywood film ‘Forrest Gump’,  alongside actor Aamir Khan.

Tara Sutaria Opens Up About Her First Meeting With Ahan Shetty: We Read Lines From 'The Dirty Picture'