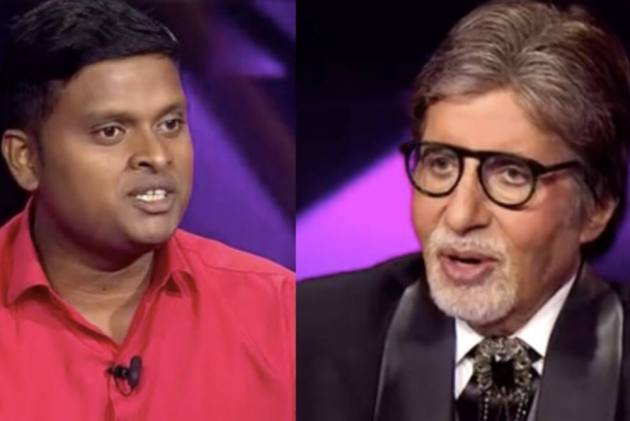 Gyaan Raj, an engineer and a teacher in Jharkhand, who won 3.20 lac rupees as the first contestant in the 13th season of ‘Kaun Banega Crorepati’ feels that the prize money isn’t enough to fulfil his dreams, but, it is enough for him to get other, equally important things, done.

“The prize money is not enough to fulfil my dreams. But it will be of some help. We have been postponing my mother's eye surgery for long, due to financial stress. I will use the money to get mom’s eye surgery done. There are so many things that I want to do, I am trying my best. My school needs so many facilities, we could fund some of those as well,” he said in an interview, adding that he is a big fan of Aamir Khan’s film ‘3 Idiots’ and Khan’s character, Rancho.

“When I was in Class 10, Aamir Khan’s 3 Idiots came out and I watched. Aamir's character in the film, Rancho impressed me a lot. I thought I should become an engineer, but also go back to my village. I thought of doing something so that the world comes searching for me, not the other way around. I did not want to run after jobs. You should do such things that success runs after you,”  said the 25-year-old.

Raj, also spoke about his excitement, before he met the show’s host Amitabh Bachchan.

“Amitabh ji is a role model for the whole country. I have spent my childhood watching his films. I was really excited knowing that I will get to meet him during Kaun Banega Crorepati. But when I saw him in person for the first time, it felt really nice,” he said.

“When I finally met Amitabh ji, so he really made me feel comfortable. He talked to me and made me feel comfortable, and after that, we chatted a lot. He asked my name, and said ‘aapka naam thoda aalg type ka hai’ (Your name is a bit different) and he found it really interesting. Then he also asked about the backstory of my name,” he added.