'Midnight Delhi' was also hailed as India's answer to Quentin Tarantino by the Jury of the South Asian Film Festival in Singapore where the film won 'Best Editor'. 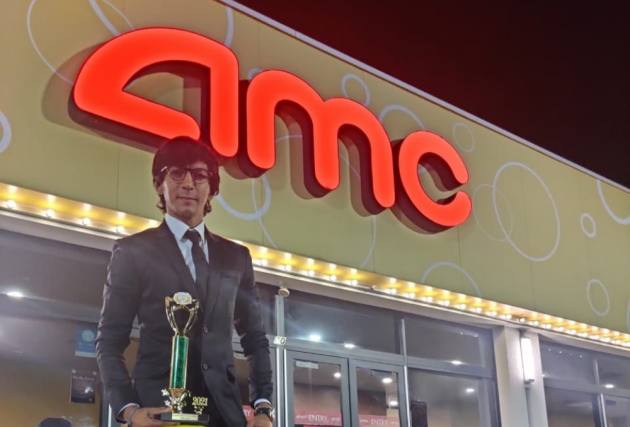 'Mastraam actor' AnshumanJha is over the moon after winning the Best Actor-Critics' Award at the recently concluded India International Film Festival of Boston (IIFFB), for his performance in the film 'Midnight-Delhi'.

"I am grateful. Playing the serial killer in 'Midnight Delhi', which is based on a real-life character is one of the most challenging experiences I have had as an artist. I was shooting for an ad with Irrfan Khan and I was excited about this role back then as I had signed this film,” he tells us adding that he dedicates this award to “Irrfan Sir for inspiring us actors to constantly be real and to always look to entertain with substance.”

'Midnight Delhi' was also hailed as India's answer to Tarantino by the Jury of the South Asian Film Festival in Singapore where the film won 'Best Editor'. Jha, who plays the role of a serial killer in the streets of Delhi, in the film describes it "as dark and as fun as it can get".

The Barry John prodigy played the role of a homosexual man in his last release 'Hum Bhi Akele, Tum Bhi Akele' and has already begun training for his next action film 'Lakadbaggha' which goes on floor this December.

'Midnight Delhi's director Rakesh Rawat feels that these diverse characters are a fruition of the artistic spark within Anshuman Jha since his memorable debut in 'LSD' a decade ago.

"As an artist he is very unique. He is dancing to a rare tune. I am so glad he agreed to be a part of my debut film & has given such nuance to this character," he says.

Gauahar Khan: Finally One Day, Hopefully, I Will Be Known As 'India Ki Meryl Streep'

'Rathnan Prapancha' Director: Dhananjay Doesn't Have Any Baggage Of An 'Actor'