Bajpayee filed against Kamaal R Khan, after the latter, on July 26, had called him a ‘stoner’ and also alleged that his wife was involved in an extra-marital affair. 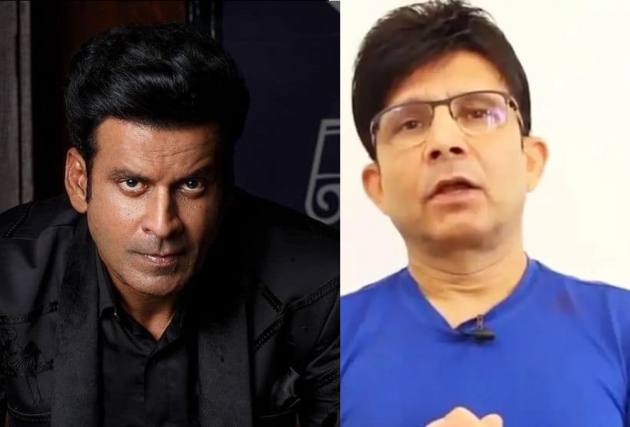 Actor Manoj Bajpayee has decided to take actor-turned-critic Kamaal R Khan to court. The actor, through his lawyer, has filed a criminal complaint against Khan, after the latter took to Twitter on July 26 and had accused Bajpayee’s wife of having extra marital affair, while also accusing the actor of being addicted to cannabis.

While the tweets have now been deleted, there's still one tweet on the microblogging platform, in which Khan is referring to Bajpayee as Charsi/Ganjedi (stoner).

I am not a Lukkha and Faaltu in life, So I don’t watch web series. Better you ask Sunil Pal. But why do you like to watch a Charsi, Ganjedi Manoj? You can’t be selective. If you hate Charsi Ganjedi in Bollywood, So you should hate everyone. https://t.co/MBQTyevI0L

According to reports, the complaint has been filed at the Indore Court. Sharing an update on the case, Bajpayee’s lawyer Paresh S Joshi says, “We have filed a private criminal defamation complaint against Mr Kamaal R Khan for offences under Section 499, and Section 500 of the IPC (Indian Penal Code).”

“With regard to the complaint, my client’s statements were also recorded by the honourable Court, and further the matter has been fixed for evidence for other witnesses. This is the current status of the case. The next hearing is on September 4,” he adds.

The advocate also adds that right now they are not filing any case against comedian Sunil Pal. Reportedly, a few days ago Pal had taken a dig at Bajpayee while talking about lack of censorship on OTT platforms.

Meanwhile, Khan took to twitter to reveal that he has not received any notice until now.

I haven’t received any notice till now but media says that Manoj Bajpayee has filed a defamation case against me in Indore? When Manoj is living in Mumbai then why he went to Indore to file a case? He doesn’t trust @MumbaiPolice and judiciary? You all know who is from Indore?

He also accused Bajpayee and other celebrities in Bollywood of ganging up against him.