'Toofan' actor Mrunal Thakur talks about the importance of staying true to her character in projects she does which helps her stay away from TRPs, box-office numbers and controversies... 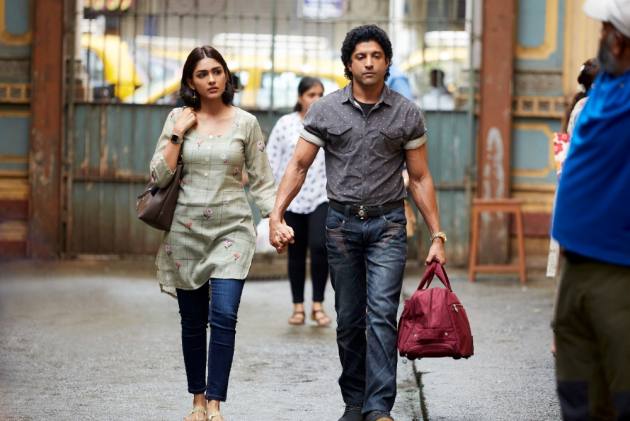 Actor Mrunal Thakur is one of the few actors in the industry who has not only become a darling of the critics with her powerful roles across different mediums so far, but be it ‘Super 30’ opposite Hrithik Roshan or the recently released film, ‘Toofan’ opposite Farhan Akhtar, Thakur, is quickly becoming popular name in Bollywood as well.

“I have made my set of mistakes. But I have learnt out of them [as well]. I feel I am getting wiser. So, when I meet filmmakers, they see that this girl is hungry when it comes to performances. I have literally begged my directors to give me scripts which have never been done before. I think that’s what they see and see that I am extremely passionate about my work,” she says.

In the film, Thakur plays the role of Dr. Ananya Prabhu, who inspires Farhan’s Ajju aKa Aziz Ali to become a better person, to give up the life of a goon and become a boxer instead. Before the film’s release, many called for the film’s boycott because of the relationship between the two principal characters in the film and perceived it as advocating the concept of love jihad.

“This is a very genuine real love story. The script was so powerful that my heart was palpating when I finished reading it! And it was not just about the boxing background. There was this amazing chemistry between Ananya and Aziz. It was not only about love, but about honesty loyalty and how it can bring out the best in you,” she says.

“I have seen so many friends who excelled after getting married. I remember one friend who quit her career and had a daughter. But her husband kept pushing her to do something and pushed her to baking. I have so many friends like that and I am just extremely proud of these people around me,” she adds.

But, be it the controversies surround the film or the fact that it kept getting delayed due to the ongoing pandemic, Thakur was never really worried about the film’s fate and feels grateful that people are able to watch a story that she claims has been very close to her heart.

“Even when I was doing TV shows, I didn’t really care about the TRPs. And I have never been worried about the box-office collections [either]. We worked on this film as a team, and right now OTT is the only blessing. I am so grateful that at least my work is reaching out to people and they get to watch it in their living rooms. Its almost like a blessing in disguise,” she says.

Perhaps all this carefree attitude, especially towards a film’s performance on the box-office, stems from the fact that, as an actor, the only thing that bothers Thakur is her ability to stay truthful to her character. “I feel that it is very Important for you to feel the character. Today, the audience is very smart. People can pause, go back and they can find mistakes. So, I feel like connection is very important. It shows on the camera,” she says.

“When it comes to this character, there are a lot of similarities between me and her. For example, I know that camera is something I can face, and I can inspire people with the kind of films I do. I want the people to learn something out of it. Similarly, Ananya is not just a catalyst for Aziz or Ajju, but also a girl whose sole agenda is to make 10 people smile, every day. So, it’s very important to be able to stay true to the character that you are playing, because as an actor you have to be secure that no one else can play that character better than you,” she signs off.