Singers Arunita Kanjilal and Sayli Kamble were announced as the first and second runner up on the show. 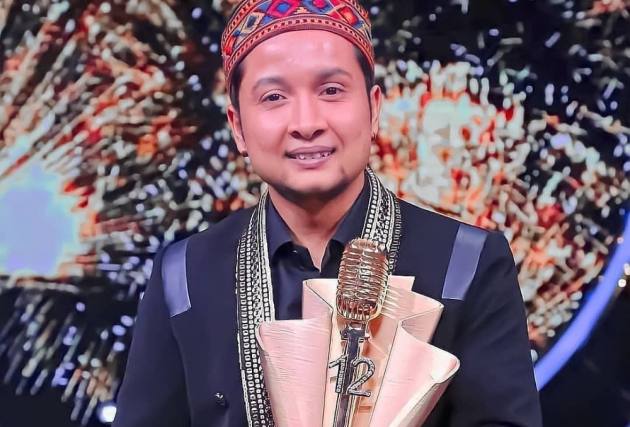 Pawandeep Rajan was declared to be the winner of the singing reality show Indian Idol 12 on Sunday night. Rajan was competing with Arunita Kanjilal, Mohd Danish, Sayali Kamble, Nihal Tauro and Shanmukhapriya for the grand finale but was probably the favourite choice to win the competition, given the amount of love he received on social media following his win.

Now the wait for #IndianIdol12 winner is over ! After a 12 hrs indianidol
announces the name of #season12 winner is #PawandeepRajan .... congratulations pawandeep for your bright future ðÂÂÂÂÂÂ pic.twitter.com/6A4bIuB5Qn

The Performance The Impact pic.twitter.com/zGGvm4xjPN

Arunita Kanjilal and Sayli Kamble were announced as the first and second runner up of Indian Idol 12.

Apart from lifting the winner’s trophy for Indian Idol 12, he also won a prize money of Rs 25 lakhs along with a brand new car. It was an overwhelming moment not just for Rajan but for his entire family.

Rajan also grabbed attention for his proximity with Kanjilal. However, the young singing sensation dismissed the link up rumours and said, “We all [are in] top six. We have become such good friends that we know what we want and who is missing whom. Just by eye contact, we get to know what the other one is feeling. Whenever any of us is performing we cheer each other and we all also make each other hear our performances. We have a musical relationship with each other. We like to jam together and talk about songs and music. I felt very lucky and proud that I have such talented singers as friends. We want to work together. I want to be friends with them till I grow old and then we discuss Indian Idol 12,” he had said.