Actor Saif Ali Khan spills the beans on how ‘Go Goa Gone’ was a niche film and he didn’t get paid for the film, and that was the only way to make money for that film. 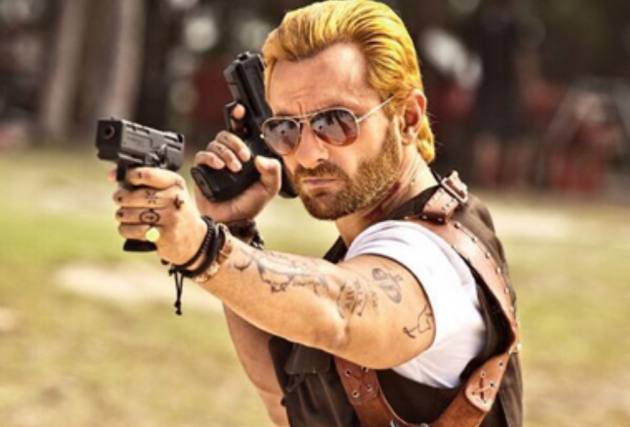 Actor Saif Ali Khan has been making headlines in recent months. While his latest film, ‘Bhoot Police’, garnered a lot of attention online, he recently finished filming for his magnum opus, ‘Adipurush’. The actor is getting ready to start work on ‘Vikram Vedha’ alongside actor Hrithik Roshan next month. This will be their second collaboration together after ‘Na Tum Jaano Na Hum’.

In terms of ‘Go Goa Gone’ and the possibilities for horror comedies in the Indian market, Khan said in an interview with Pinkvilla, “Go Goa Gone was a very indie, niche kind of a film. It was a zombie comedy and was not meant to be hugely commercial. It was just a fun idea and I didn’t even get paid for that as that was the only way to make that film. Bhoot Police is a lot more commercial and has a rooted idea. I am looking forward to spinning it into a franchise.”

The actor stated that his kid, Taimur, and his wife, Kareena Kapoor Khan, both enjoyed the film. He maintains that it was his son, Taimur, who first helped him see the horror genre's potential in India. “Let me talk about the experience of watching Mummy. The three of us (Saif, Taimur, Kareena) were snuggled up and Taimur wasn’t that scared but scared enough to bond with us. It showed me that there is a lot of potential in the emotion of fear. It’s a strong market if something gets you together with your kids,” he said.

Aside from the aforementioned projects, Khan is also working on ‘Fire’ with filmmaker Rahul Dholakia and a web series for Netflix. It is claimed to be based on the life of Homi Bhabha, a scientist. Khan is thrilled to be reuniting with Excel Entertainment on ‘Fire’, 20 years after the cult classic ‘Dil Chahta Hai’.