‘Secret Superstar’ Actor Raj Arjun On His Struggling Days: ‘I Felt So Hopeless That I felt That The Actor In Me Is Dying

In an exclusive conversation with Outlook, ‘Secret Superstar’ actor Raj Arjun recalls his journey as an actor, the struggle he went through while trying to make a career out of it and his role in the recently released film ‘Thalaivii’. 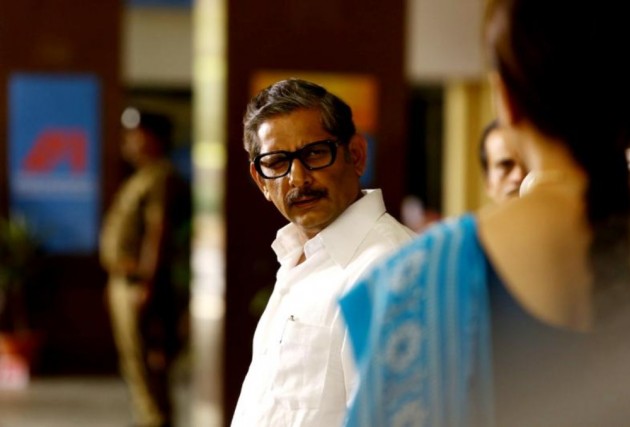 In an exclusive conversation with Outlook, actor Raj Arjun talks about the mental agony and the feeling of hopelessness he went through, while he was trying to make a career as an actor in the film industry, how things changed for him after his role in ‘Secret Superstar’ and the slew of roles he has been offered to him since then, including his latest role of RM Veerappan in the recently released film ‘Thalaivii’. Excerpts from the interview:

You have played versatile roles in your past projects and since ‘Secret Superstar’ you are among the known faces, what struggles have you faced in the journey so far and what does it mean to you?
Since ‘Secret Superstar’, everything changed for me. I am fortunate enough that I am capable of choosing roles which are close to my heart, and give me a ring inside that I would be able to do justice with the character. Everyone has their struggles, I have mine that of course went for a longer time. I had no work or opportunities for years. I had no connections or contacts in the industry. I was rejected at many places and I felt so hopeless that I felt that the actor in me is dying. I felt pity for myself. I knew I was a capable actor. I had worked on my craft. I did theatre in Bhopal for years but I wasn’t getting a single opportunity to prove myself as an actor. I went through this mental trauma for a long time. But one cannot outrun his own destiny, things happen when they are meant to be. I worship my work like my God.

How was it playing RM Veerappan in ‘Thalaivii’ and what were the challenges you faced as an actor portraying a real life character that too an influential one?
When I’m in a character I don't feel very happy about it because at the moment I am being that person, I am living his life hence on sets and while preparing for a character I try to get in the character. When I was playing Sai Baba, I believed that I’m Sai and no one else. So, playing Veerappan was a tough job because there was no inner happiness in me and that’s not because of the film making or not in terms of ambience while shooting but because of the situation my character was tied to.

OTT has given a new bandwidth to the stories and the audience, what kind of roles and stories appeal to you the most?
I agree that OTT has changed the situation a lot more than before, I see it as an opportunity for all to showcase their talent and abilities. Definitely we have gained richer content and are producing it at a good pace, also the audience is accepting diverse stories and characters. The whole segment is booming but also there’s no comparison between the cinema and OTT, both have their own hold in the entertainment sector and it’s hard to choose one, though I want the toughest roles and I look up to characters that give me a sort of satisfaction and peace. I am always hungry for different roles and to be honest I don’t want a big list of films, I am very happy doing lesser movies but work worth remembering.