Shaheer Sheikh: I Was In Indonesia And Completely Out Of Sight For Few Years, But That Didn’t Do Any Damage To Me

Actor Shaheer Sheikh candidly opens up to Outlook about whether or not he has attained enough stardom, why he prefers keeping a low profile and how the lockdown has changed him. 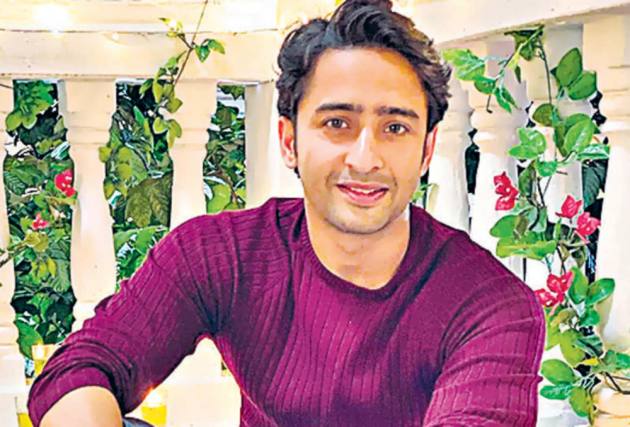 ‘Pavitra Rishta 2.0’ actor Shaheer Sheikh has been getting immense praise for the show. He has been loved and accepted by the audiences as Manav, a character that was made popular in the previous season by actors like Sushant Singh Rajput and Hiten Tejwani.

In a heartfelt conversation with Prateek Sur, Shaheer Sheikh talks about why moving away to Indonesia for two years at the peak of his career didn’t bother him, why he prefers to be a family man, why he doesn’t have huge stardom goals, and what he ended up learning through the lockdowns. Excerpts:

You’ve been in the TV industry for almost 12-13 years. Do you think you’ve achieved the sort of stardom that you were looking for when you began acting?

No. No way. I never thought I would be an actor nor do I want to become the biggest superstar or anything like that anything or attain that stardom. That is exactly what people would be asking me when I began my career as to where do I see myself and say 5 years or 10 years. I would always end up saying that I want to see myself as a better son, a better partner and now a better father as well. Life is more important for me than the work that I am doing. I just want to do my job and go back home. If I do my job properly, maybe I will get another project. If tomorrow somebody wants me to direct, I would direct.

Why do you keep a low profile, especially when you know that out of sight is considered out of mind here?

It is because I want to give time to myself. That is exactly what I keep telling people as well. In this race, we tend to forget to live. We need to give time to ourselves and our loved ones. Talking about being out of sight, I was out of sight for 2-3 years. I was in Indonesia. It did not do any damage to me at that time. Over there also I had a very low profile. I just feel that if you are doing your job properly, that is more than enough.

I was speaking to Ankita (Lokhande) as well, and she too said that when TV actors go out for movie auditions and all, there is a bias in the way TV actors are looked upon. Have you faced anything similar? Because you too must be getting film offers or must be giving auditions for films…

I don't know if I can comment on that, but whenever someone has called me for an audition, I have gone. Whenever somebody has shown their belief in me, that they feel that I can pull off a character, I have had respect for that. I have done two movies but in Indonesia and nothing in India. I think TV has given me enough. I don't feel as if something is lacking in my life. I have been entertaining audiences from around the world. If someone wants me in the future (in their films) they will call me, if they don't want me, I am happy anyways.

What has been your one big learning through this lockdown?

That you need to eat clean, and yoga is very helpful. Meditation and yoga helped me a lot. Honestly, my lifestyle has changed a little because of the lockdown because I could practice all of that. I could cook. I could take care of myself. Plan my day accordingly. So the lockdown has changed a lot of things in my life.