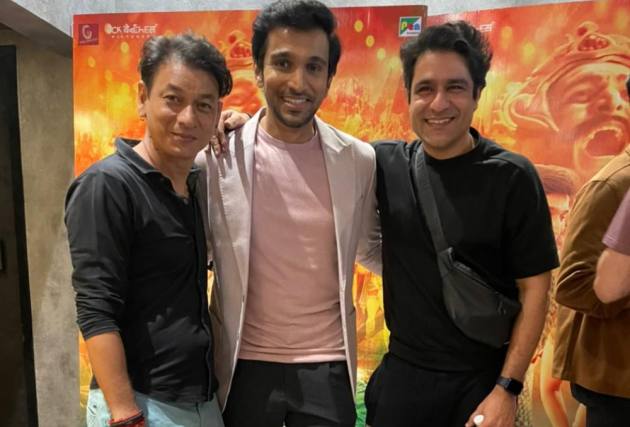 Actor Sunny Hinduja was recently invited by 'Scam 1992: Harshad Mehta Story' actor Pratik Gandhi for the screening of his upcoming film 'Bhavai'. Watching the film on the big screen after almost two years was a memorable experience for Hinduja.

Although both the actors have never shared the screen together so far, they are close friends who have grown up in the industry together.

Talking about the screening meeting Gandhi, Hinduja tells us, "Since Pratik had called me for the screening, I wanted to support him. The promo was looking very very interesting. I think after two years we could see film on a big screen and it was an amazing feeling. That's when I realised that the magic of big screen no one can give. So, firstly watching a film on the big screen was a big deal. Secondly, Pratik is my friend and it's his film. He has been working for a long time and while 'Scam 1992' was a big hit, this is the first film of Pratik, which is hitting theatres on 22nd. I am really happy for him."

Sunny is all in praise for the film, which is directed by Hardik Gajjar.

"It was a refreshing film and an earnest effort by Hardik and the writer. Pratik has performed intensely and I really loved him and I hope everyone likes it. Overall it was a great evening, good time spent with Pratik and the cast of the film. It was an evening spent well," says Hinduja.

Hinduja will next be seen in a yet-to-be announced web series of Amazon Prime Video.