From the angry and punchu rock number ‘Kill The Noise’ By Papa Roach, to the happy love song ‘Soulmate’ by Akull and Aastha Gill, here's our pick of the top five songs released this week. 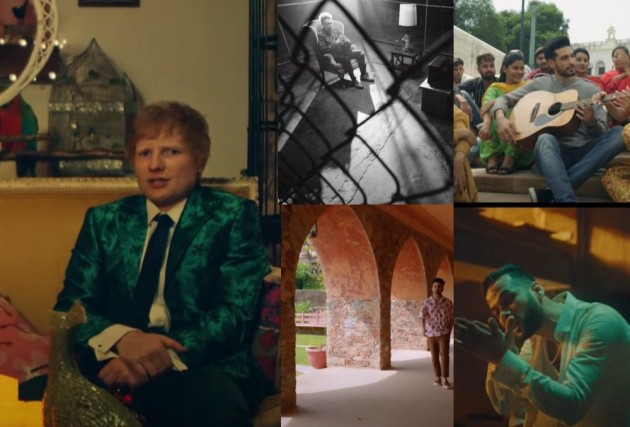 ‘Shivers’ By Ed Sheeran
Another pop single, where Ed Sheeran beautifully manages to convey his emotions in the perfect manner, and the music beautifully explains the entire mood of the song. This song, ‘Shiver’ is about that butterflies-in-your-stomach feeling, when one sees the person they are crushing on are madly in love with. It has got a very nervous energy, just the kind of funny excitement that one probably cannot explain. 'Shiver' just sets the mood right, and can become a popular club anthem in time to come.

‘Changa’ by Ikka and Aghor
This is a very dark angry number, that will probably make the listener thick. But other than the sort of introspective nature of the lyrics, ‘Changa’ is that perfect hip hop song that will just take the listener in a completely different world. Ikka’s sense of rap is very unique and probably what sets him apart is the the conviction in his rap, which just drives the message and the central meaning of the song. Aghor’s musical sensibilities gives this song that international hip-hop vibe, and takes the song on a completely different level.

‘Soulmate’ by Akull and Aastha Gill
This song is probably the happiest songs to have been released this week. The song has a very happy vibe about it and the listener probably wont stop smiling while listening to the song. The emotion of that undelterated love and the perfect love that two people can share, is conveyed in one of the most beautiful ways and Akull’s musical sensibilities successfully present that emotion. Aastha Gill just adds that much needed composure and innocence to the song, which is probably what sets the song apart from the other recently released love songs.

'Dil Kisi Se' by Arjun Kanungo
Arjun Kanungo’s pop sensibilities are so varied that as a listener, you can only keep guessing what his next song will sound like. Dil Kisi Se, is a sad soft romantic song, that will make the listener relate to the pain of a heart break. Wonderfully written by Kunaal Verma, Arjun Kanungo feels that pain of heartbreak and conveys that emotion beautifully. The entire ballad feeling about the song just perfect way to present a song which is about breaken relationships and longing.