The maker of Vikrant Massey and Radhika Apte starrer ‘Forensic’ have given the local artistes of Uttarakhand a chance to be a part of a big Bollywood film. 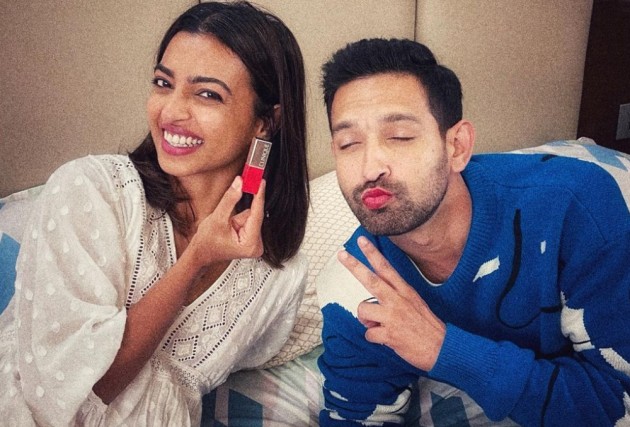 If it was an incredibly difficult year for filmmakers, it was twice harder for local artists to make ends meet. With no films shot for more than 6 months, it has been a tough time that they've been reeling under even now. Now as the industry is gathering steam bit by bit, actors are returning on sets and films are rolling again, one can safely say that good times are back again. In their effort to get the industry forces back on track, the film starring actor Vikrant Massey and actress Radhika Apte ‘Forensic’, is leaving no stone unturned. The team, one hears, has employed local artists from Uttarakhand where the film is currently being shot to work on the project to ensure that cash flow continues in the homes of those working on it.

The film, directed by ‘Criminal Justice’-famed filmmaker Vishal Furia, is currently being shot in the majestic hills of Uttarakhand following all the safety protocols. The director and the producers Deepak Mukut, Mansi Bagla and Varun Bagla have left no stone unturned to make sure that the film has the locale’s natural essence incorporated in the storyline.

Sources tell us that the scenic beauty isn’t a mere backdrop for the film, but are ensuring that the authentic flavours of the region are key in the film. To make sure of that, they have got several talented local artists on board to be a part of the film. They wanted artists who would be comfortable in the set-up around them so instead of getting Bombay-based actors on board, the makers decided to give an opportunity to the skills of those who were in the area. Needless to say, the entire team was amazed at the brilliance and talent of the local people of the region.

Captain of the ship, Furia tells us, “As a filmmaker, I have always desired to see to it that a movie should be true to the area it is set in. Our story emerges from the hills; the locale is a crucial part of our communication and so we were quite sure that we want to highlight the local flavours through its residents there. The people there have been amazing and welcoming and it was great to give something back, to have them be a part of what we're making here. I am amazed at the talent of local artists and they bring to the film the pahadi feel which has only enhanced it.”

Echoing the sentiments of his director, producer Deepak Mukut stated, “Having local artists from there was something on our mind. I am so glad we could make it happen. Today, it is all about being true to your story, your environment and that was the vision the whole team had. We had already planned to do this before we started shooting there but the decision became firmer when we witnessed the talent that the locals had. It was diverse and unique. They have bought a lot on the table and it just betters the film further.”

Producer Mansi Bagla said, “When we do a film of this scale there are a lot of work opportunities which get created. From local artists to local production crew. When I first did a recce to Uttarakhand, the warmth and the willingness I sensed from the locals was astonishing. People are very welcoming there and have the spirit to work hard and are very prompt. They respect their work and also their employers. Local artists also add to the flavour of storytelling that we portray on screen. As our film is set up in Uttarakhand, having local artists adds authenticity. We had also kept local dialect coaches for artists who are from outside.”

Salman Khan Urges Fans Not To 'waste' Milk On 'Antim' Posters, Says 'Give It To Poor Kids'