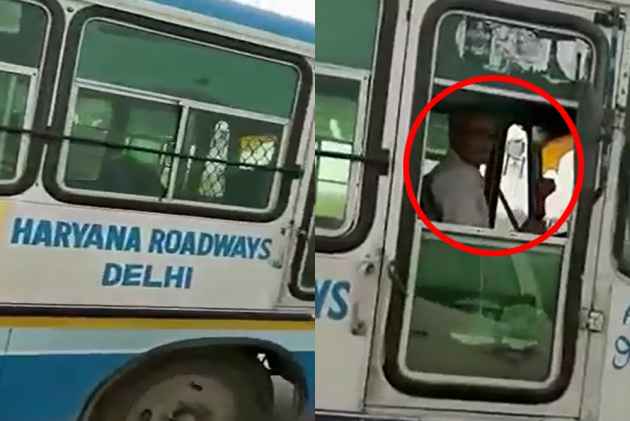 The Haryana Roadways on Monday suspended the driver who was caught smoking hookah while driving the bus full of passengers on the highway.

A video showing a driver smoking hookah in a moving bus had gone viral following which the Delhi government lodged complaints with the Transport Commissioners of the national capital and Haryana.

The probe found the bus belonged to the roadways’ Delhi depot and the driver was identified as Om Parkash, reported Hindustan Times.

Taking note of the video, Additional Director (Health department) of Delhi, Dr S K Arora noted that the driver was smoking hookah "very proudly" without any fear while passing through the national capital.

In his letter, Arora said as seen in the video, the driver of the Haryana roadways violated the Cigarette and Other Tobacco Products Act (COTPA) 2003.

"This is to bring to your kind notice that we have come to know through social media that a driver of Haryana Roadways Bus No HR55W 9038 has been violating laws during his driving very proudly without any fear while passing through Delhi.

Dr Arora said that by smoking hookah while driving, the driver is putting the lives of passengers at risk.

He also said that there is a display of Pataka tea advertisement on the bus which is a violation of Section 5 of COTPA as this is surrogate advertisement of tobacco, Pataka Bidi.

"For this advertisement, the violation is being committed by Pataka group of companies and Haryana Roadways. It is worth mentioning that such advertisements are strategies of tobacco companies to attract minors and females.

"In view of all these, it is requested to take stringent action as needed as per law," Dr Arora said in the letter.