The High Court had earlier asked the prosecution counsel to place before it the notification by which the court was set up. 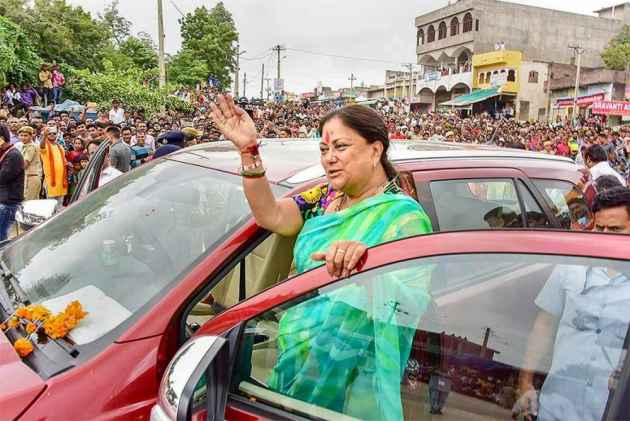 The Delhi High Court on Wednesday dismissed a plea seeking an FIR and a CBI probe against Rajasthan Chief Minister Vasundhara Raje and her son for allegedly getting compensation of Rs 1.97 crore by selling a piece of government land to NHAI for widening a national highway in 2010.

Justice R K Gauba rejected the petition which had also challenged an April 18, 2015 decision of a special CBI court.

The trial court had refused to order a probe into the allegation against Raje and her son, saying no prior sanction was obtained as required under the Prevention of Corruption Act.

The High Court had earlier asked the prosecution counsel to place before it the notification by which the court was set up.

The trial court had dismissed the private complaint by a Rajasthan-based lawyer, saying there was no sanction order to prosecute them under the Prevention of Corruption Act.

According to the petition by lawyer Srijana Shrestha, Raje was not a public servant at the time of the alleged commission of the offence in 2010 and was Leader of Opposition in the Rajasthan legislative assembly.

The petition said Raje and her son had allegedly illegally claimed ownership of a 567 square metre piece of land adjoining the Dholpur Palace in Dholpur town and sold it to National Highways Authority of India (NHAI) for Rs 1.97 crore, causing a loss to the state exchequer.