Hockey World Cup, India Vs Canada: Live Streaming, Squads, When And Where To Watch The Final Pool C Match Live

Both India and Belgium are expected to win their respective final pool matches, with the goal difference deciding the pool winners. 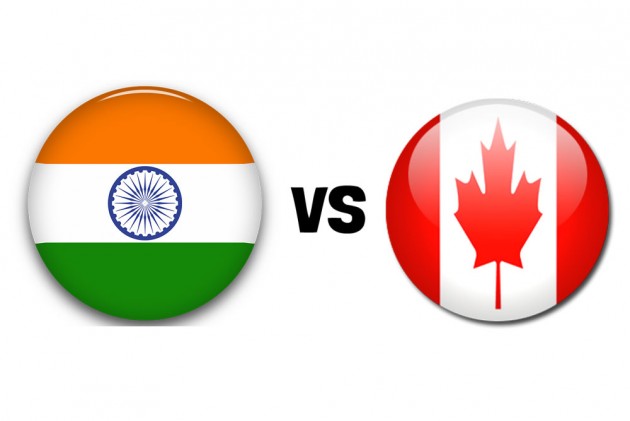 India will take on Canada in their final Pool C match of the 2018 FIH Men's Hockey World Cup. The hosts will target a big win to make sure they qualify for the quarter-finals directly.

As things stand now after the end of the second round, India are at the top of the table thanks to a better goal difference, ahead of Olympic silver medallists Belgium.

Hockey World Cup: Know The 18 Players Who Are Representing India

India are the favourites against Canada, but it will no be an easy outing for India. Canadians have a tenacity of testing India's might. India, ranked fifth in the world, are in good form, but Canada, as they have shown in the past, can still shock India.

Canada have given India problems in the past, the most recent being in last year's Hockey World League Semi-Finals in London where they defeated India 3-2 to finish fifth.

If that was not enough, in the 2016 Rio Olympics too, India were held to a 2-2 draw by the Canadians.

All You Need To Know Abou The Match: