Home  »  Website  »  National  » Opinion  »  How Much Would You Pay For A Kidney?
EVERYDAY ECONOMICS

How Much Would You Pay For A Kidney? 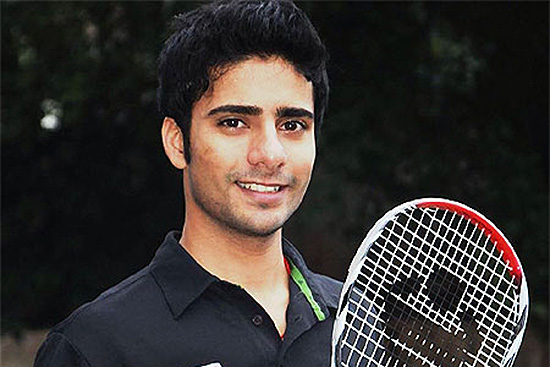 Rs. 8 lakhs ?-- ?That's the price a young squash player put on his kidney this week. The offer to sell an organ to fund his training wasn't a serious one; it was more a frustrated plea to highlight his financial constraints. But the episode brought into focus the state of the organ market in India.

Exact statistics are hard to come by, but it is estimated that around 200,000 people need a kidney transplant every year, of which only 7,000 are lucky to receive one. Since 1994 it has been illegal to sell organs; the law only allows donations from deceased persons or a set of living donors. Not surprisingly, implementation of the law has been a failure. Every few years, there's a scandal where vulnerable people are knowingly or unknowingly used as organ donors for patients who pay large sums to shady doctors.

No amount of enforcement will ever fix this issue âÂÂÂÂÂÂÂÂÂÂÂÂ there just aren't enough donors to match the number of people who need a kidney. Seen from an economist's lens, the kidney market is one where there is a huge mismatch between supply and demand. The official price of the kidney is zero, but its value to a patient is much, much higher. In the absence of any "market clearing" price, the transaction moves to the grey market.

Healthy people have two kidneys and with proper care, can live long and fruitful lives with only one. Since medically, an organ from a living donor is preferred over a recently deceased one, with the right monetary incentives, we can have enough kidneys on the market, such that supply equals demand. In an ideal world (which is where economists sometimes pretend to live), the market would also have regulatory checks and transparency to ensure a fair trade in organs.

Surprisingly, such a market exists. Iran is the only country that permits the sale of kidneys for living donors. Instead of private players, the allocation of kidneys is administered by a central authority that matches patients to suitable donors. For most patients there is no wait, since there are more donors than patients. Under this system, the price of a kidney is roughly $5,000. The countryâÂÂÂÂÂÂÂÂÂÂÂÂs capita income is roughly thrice that of India, so a comparable price in India would be around $1,500 or slightly over Rs 1 lakh. Seen in this light, the price quoted by our young squash player seems excessive.

Now, most readers will find this treatment of kidney as a?n object object ?of trade ?unsavory and cold; a misplaced extension of economic theories. It also conjures up a dystopian image of a world where rich people can legally harvest poor people for their organs. But the squeamishness disappears the moment you or a loved one is unlucky enough to need a kidney.

The economist, Alvin Roth, defined markets such as the trade in organs as repugnant markets. These are markets in which people find transactions morally distasteful. Think of paying for surrogate mothers, price gouging after disasters, vote selling and prostitution. We have an inherent aversion to introducing money into any of these transactions since monetary value can seem to diminish human dignity. An altruistic act of donating a piece of your body, becomes a crass commercial transaction of questionable morality.

India has one of the lowest organ donor rates in the world. The insights by Roth can help us think of solutions that address the organ shortage, while accepting our emotional concerns.

Consider an exchange. In the simplest form, a patient with a willing but incompatible donor can exchange a kidney with another such pair. Imagine if your spouse needs a kidney and you are willing, but you are found be incompatible. In an exchange you give your kidney to another patient in return for a compatible kidney from another donor. There have even been examples of three way swaps that involve a lot of coordination. Exchanges are popular because there is no money changing hands. But these are too few to address the organ shortage.

Another method is a behavioural nudge borrowed from pension plans. Traditionally, most donors have to opt-in to becoming donors, i.e. specifically sign their consent. But despite most of us agreeing that this is the right thing, very few of actually get around to it. By presuming consent unless a person states otherwise, the pool of available donors can be increased. Countries with explicit opt-out laws such as Norway and Spain have donor rates 25 to 30% higher than those requiring consent.

A few economists have even suggested more innovative approaches where people are given financial incentives to pledge their organs. For instance, an options market where firms can buy the rights to an individuals organs in the event of the donor's death. The donor's family would get the payout in the event he becomes an actual donor. Lest this sound like financial trading taken to an extreme, consider the parallels to life insurance - you set a price on your life and then bet on the date of death.

Humans respond to incentives; the incentives neednâÂÂÂÂÂÂÂÂÂÂÂÂt always be financial. But the right incentives can nudge people towards the right outcomes, however repugnant the market. While it's hard to imagine an Iranian-style open kidney market in India, we can do better than our current system. We need to move past our discomfort of viewing organs as a commodity, and design a pragmatic and equitable solution.

(Shailesh Chitnis is a freelance journalist based in Bangalore. He has previously written for The Economist.)