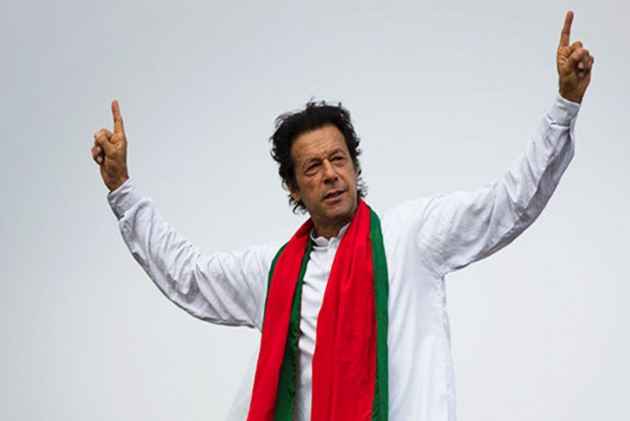 Cricketer-turned-politician Imran Khan struggled for 22 years to fulfil his dream of becoming Pakistan's Prime Minister to transform the corruption affected country into an Islamic welfare state.

Khan took oath as Pakistan's 22nd Prime Minister after leading his Pakistan Tehreek-e-Insaf party (PTI) to the victory in the elections and subsequently proving his majority in the National Assembly.

The 65-year-old flamboyant former captain, described as one of Pakistan's greatest cricketers who transformed his shaky team into champions in the 1992 Cricket World Cup, emerged as an inspiring leader in politics too.

The Oxford-educated Pasthun launched Tehreek-e-Insaf, which means the movement for justice, in 1996, but struggled to break the dominance of the Pakistan Muslim League-Nawaz (PML-N) and Pakistan Peoples Party (PPP) - the two main political parties that dominated Pakistan's political scene when the powerful military was not ruling the country.

Khan became a Member of Parliament in the 2002 elections. He was again elected to the National Assembly in the 2013 elections, when his party emerged as the second largest in the country by popular vote.

One year after elections, in May 2014, Khan alleged that the polls were rigged in favour of the ruling Pakistan Muslim League-Nawaz led by then prime minister Nawaz Sharif.

In August 2014, Khan led a rally of his supporters from Lahore to Islamabad, demanding Sharif's resignation and investigation into alleged electoral fraud.

During his campaign in the 2018 elections, Khan promised to crackdown on corruption, enact anti-poverty programmes, improve healthcare and education and turn his country into an Islamic welfare state.

Khan, who is believed to have the backing of the powerful military, has vowed to make a 'Naya Pakistan' which would be an Islamic welfare state. He believes the "most viable" policy to ensure peace in the region was to cooperate with India, including on the Kashmir issue.

His party has prepared a 100-day plan to meet serious economic and administrative woes faced by the country.

In his victory speech last month, Khan said he was ready to improve Pakistan's ties with India and his government would like the leaders of the two sides to resolve all disputes, including the "core issue" of Kashmir, through talks.

Khan also said that he wants balanced relations between Pakistan and America which should be mutually beneficial, not one sided. Additionally, Khan said he and his party wanted stronger ties with both Iran and Saudi Arabia - the two rival powers in the Middle East.

As a politician, Khan's vision is to turn Pakistan into a just society, based on humane values, by creating an independent and honest judiciary that will uphold democracy, protect human rights and ensure the rule of law and, by promoting a merit based system that provides equal opportunity to all, according to Khan's profile on his party's website.

Khan, once touted as Pakistan's most eligible bachelor for his rugged Pathani good looks, married thrice. His previous two marriages ended in divorce.

His first marriage was with Jemima Goldsmith, daughter of a British billionaire, in 1995, which lasted 9 years. Khan has two sons from her. His second marriage with TV anchor Reham Khan in 2015 ended after a brief 10 months.

Early this year, Khan married for the third time. This time with his "spiritual guide" Bushra Maneka.

Khan was born in Mianwali in 1952 to Ikramullah Khan Niazi and Shaukat Khanum. His father descended from the Pashtun (Pathan) Niazi tribe of the Shermankhel clan, his family is settled in Lahore, however, he still considers his background Pathan as per his autobiography.

He attended Aitchison College in Lahore and the Royal Grammar School Worcester in England. In 1972, he enrolled in Keble College, Oxford where he studied philosophy, politics and economics, graduating with honours in 1975.

Khan played Test cricket for Pakistan between 1971 and 1992, and was captain of the national team when they won the World Cup in 1992.