The arrested members include those who were injured in an alleged attack by BJP workers yesterday. 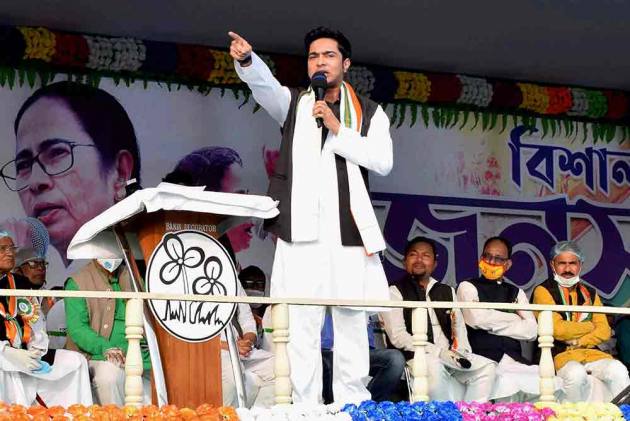 At least 12 Trinamool Congress (TMC) members including the party’s leaders and workers were arrested over alleged COVID-19 violation norms on Sunday in northeast’s Tripura.

The police said the arrested members of the party include those who were injured in an alleged attack by BJP workers yesterday in Tripura’s Khowai district.

Top brass from TMC, including its national general secretary Abhishek Banerjee, who is also nephew of West Bengal Chief Minister Mamata Banerjee has reached Agartala to meet the arrested party workers, who will be produced before the court amid tight security arrangements.

Police said that the 12 TMC members were arrested for violating COVID restrictions by travelling after the imposition of night curfew at 7 pm.

Raha and Dutta had sustained injuries when their vehicle was allegedly attacked by BJP workers at Ambassa in Dhalai district on Saturday.

"After the attack, we were returning to Agartala through National Highway 8 when the police stopped our vehicles at Khowai and took us into custody stating that there could be more attacks on us by 'miscreants'. Indeed, BJP activists had gathered at several places on NH 8 to attack us," Singh said.

However, early in the morning, police said that the TMC members were arrested for violating COVID restrictions.

Banerjee had earlier visited Tripura on August 2, when his convoy was also allegedly attacked by BJP workers.

Strongly criticising Saturday's attack, TMC leaders alleged that the incident proved that there "goonda raj" (lawlessness) in Tripura, and the BJP has sensed its defeat in the 2023 assembly elections in the state.

Denying the involvement of its activists in the attack, the BJP claimed that the TMC is a non-factor in Tripura, and West Bengal's ruling party is spreading the "virus of political violence" in the northeastern state, where "outsiders" are fomenting trouble.

Shortly after the incident, BJP and TMC supporters had faced off and staged road blockades 500 m apart on NH 8, forcing Chief Minister Biplab Deb to take a detour to return to Agartala after attending some programmes in Dharmanagar.

TMC workers led by Subal Bhowmik, a former vice-president of Tripura BJP who recently switched sides, were protesting the alleged ransacking of a TMC party office by saffron party workers in Batarasi area of Dharmanagar on Friday night.

The West Bengal CPI(M) has also criticised the attack, but also took a dig at the TMC alleging that it had kept mum when Left workers were earlier attacked in BJP-ruled Tripura. (With PTI inputs)