Union Minister of State for Home Nityanand Rai was responding to a written question by DMK member Tiruchi Siva regarding the total number of people imprisoned under the UAPA in the country at present. 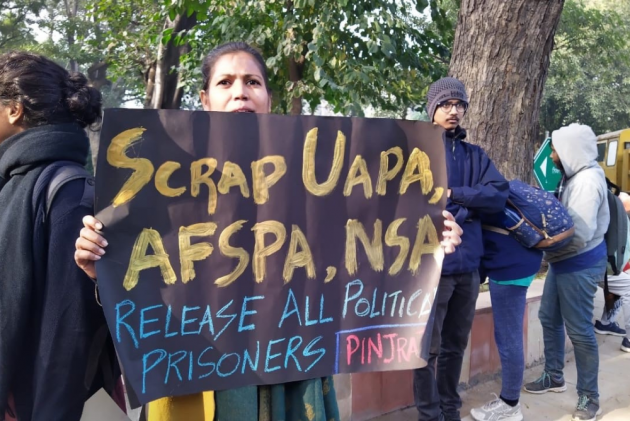 After informing the Lok Sabha that nearly 350 persons had died in police custody in the last three years, the government on Wednesday said that 1,948 people had been arrested under the controversial Unlawful Activities Prevention Act (UAPA) in 2019.

As many as 34 other people were convicted under the anti-terror law which critics have repeatedly dubbed as 'draconian'.

The announcement came in Rajya Sabha amid the Monsoon Session in Parliament on Wednesday. It was by Union Minister of State for Home Nityanand Rai who was responding to a written question by DMK member Tiruchi Siva regarding the total number of people imprisoned under the UAPA in the country at present.

Abusing Terror Laws In Various States Over The Years

Terror Suspects Then, Innocent Now: But Who Will Pay For Lost Years?

"As per the report of the NCRB for the year 2019, the total number of people arrested and people convicted under the UAPA in 2019 is 1,948 and 34 respectively," Rai said.

The admission came a day after the government revealed that 230 people had been killed in various parts of the country for political reasons between 2017 and 2019.

As many as 5,128 cases under the stringent UAPA and 229 on charges of sedition have been lodged across the country in a five-year period from 2015, Parliament was earlier informed in March.

Manipur topped the charts in terms of cases lodged under the Unlawful Activities (Prevention) Act, with the northeastern state alone accounting for 1,786 or 34.82 per cent of the total cases.

Then Minister of State for Home Affairs G Kishan Reddy tabled the data for a period of 2015 to 2019 in response to a query by Rajya Sabha MP Abdul Wahab.