Some of these soldiers are also likely to be honoured with gallantry awards on Republic Day. 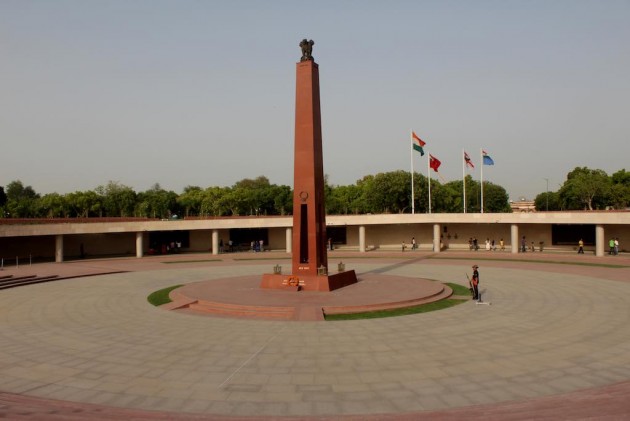 The names of 20 Indian Army personnel, who were killed in Galwan Valley in eastern Ladakh while bravely fighting against Chinese troops in June last year, were inscribed on the National War Memorial in New Delhi ahead of the Republic Day, official sources said.

Col B Santosh Babu, who was the commanding officer of the 16 Bihar regiment, was among the 20 Indian soldiers who were killed in the fierce hand-to-hand combat with Chinese soldiers on June 15, an incident that marked one of the most serious military conflicts between the two countries in decades.

China is yet to disclose the number of its soldiers killed and injured in the clash though it officially admitted to having suffered casualties. According to an American intelligence report, the number of casualties on the Chinese side was 35

The Galwan Valley clash had escalated the border row in eastern Ladakh and resulted in a large deployment of troops and heavy weaponry by both the armies at the friction points.

"The names of the Galwan heroes have been inscribed at the National War Memorial," said a source.

Some of these soldiers are also likely to be honoured with gallantry awards on the Republic Day.

The Chinese soldiers used stones, nail-studded sticks, iron rods and clubs in carrying out brutal attacks on Indian soldiers after they protested the erection of a surveillance post by China around patrolling point 14 in Galwan Valley.

The Indian Army has already built a memorial for the 'Gallants of Galwan' at Post 120 in eastern Ladakh.

The memorial mentioned their heroics under operation 'Snow Leopard' and the way they evicted the Chinese People's Liberation Army (PLA) troops from the area while inflicting "heavy casualties" on them.

During a visit to Lukung forward post in eastern Ladakh on July 17 last year, Defence Minister Rajnath Singh had personally conveyed his appreciation and compliments to the troops from the Bihar regiment for displaying exemplary grit and courage in fighting the Chinese troops.

India and China are locked in a bitter military standoff in eastern Ladakh for over eight months.

Nearly 50,000 troops of the Indian Army are currently deployed in a high state of combat readiness in the mountainous region in sub-zero temperatures as multiple rounds of talks between the two sides have not yielded concrete outcome to resolve the standoff.

China has also deployed an equal number of troops, according to officials.

Last month, India and China had held another round of diplomatic talks under the framework of Working Mechanism for Consultation and Coordination (WMCC) on India-China border affairs.

The eighth and last round of military talks between the two sides had taken place on November 6 last year during which both sides broadly discussed disengagement of troops from specific friction points.

India has all along been maintaining that the onus is on China to carry forward the process of disengagement and de-escalation at the friction points in the mountainous region.