Opinion: Abrogation Of Article 370 A Beginning Of J&K’s Second Tryst With Destiny

This decision is perhaps the finest tribute to the thousands of security forces, political leaders/workers, journalists and innocent civilians who have lost their lives for the cause of integration of Jammu and Kashmir with India. 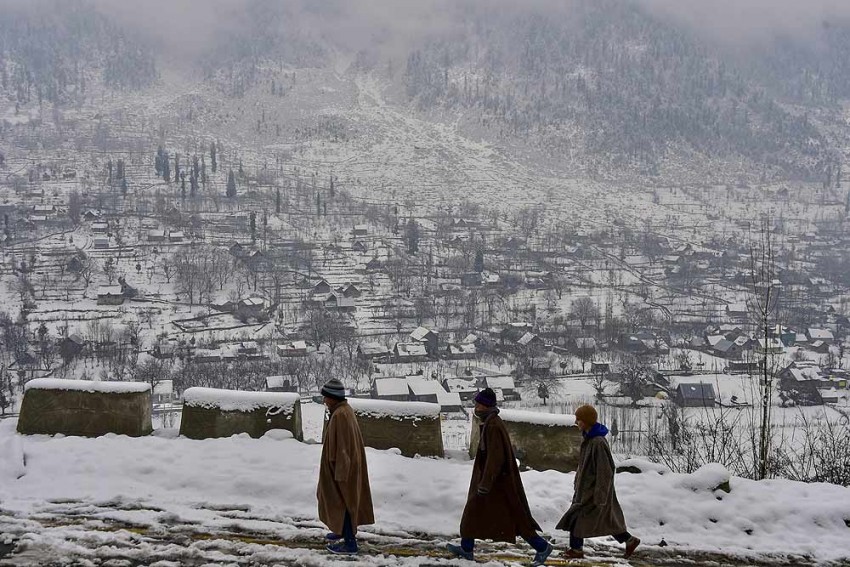 Boys walk at a village covered with a white blanket of snow after snowfall at Gagangir in Ganderbal district of central Kashmir. (PTI)
Lt Gen (retd) Subrata Saha 2019-08-07T10:39:22+05:30 Opinion: Abrogation Of Article 370 A Beginning Of J&K’s Second Tryst With Destiny 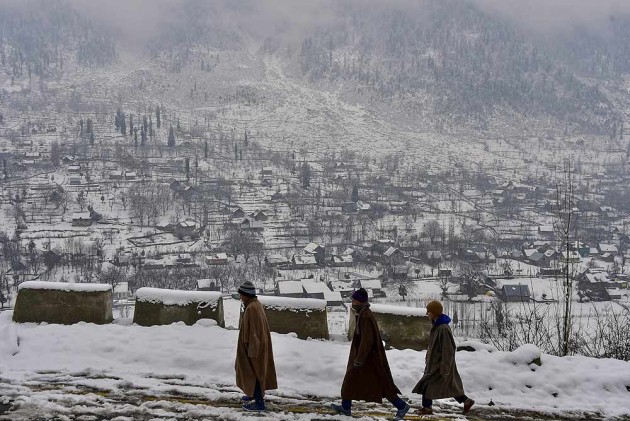 In yet another demonstration of strong political will, on 5th August 2019, the government of India revoked Article 370 and introduced a bill in the Parliament for bifurcation of Jammu and Kashmir into two Union Territories; Jammu & Kashmir with legislature and Ladakh without legislature. Consequently, Article 35A that allowed the J&K government to decide on "permanent residents" with some special rights automatically stands scrapped. Effectively the tenuous bond of Article 370, has been substituted by full integration of Jammu and Kashmir with the Union of India.

This decision is perhaps the finest tribute to the thousands of security forces, political leaders/workers, journalists and innocent civilians who have lost their lives for the cause of integration of Jammu and Kashmir with India. Even though there were enough indications of the forthcoming decision, the byzantine of deeply entrenched vested interests, that thrived on keeping India festering and the Kashmiri people on the edge, seems to have been shaken.

In order to ensure sound implementation and positive outcome from this momentous decision, it is crucial that five critical issues are seen in the right perspective, and accordingly, five elements of caution are heeded for the future.

First, Article 370 was meant to be “temporary, transitional and special”. Despite seventy years of autonomy to the state government in all matters except external affairs, defence and communications, the relationship of Kashmir with rest of India became more and more vulnerable to external and internal manipulation.

Second, the special rights provided by article 35A in the larger canvas of Article 370 have created an unnecessary chasm between the citizens of Kashmir and the rest of the country. Revocation of these special provisions allows all Indian citizens to buy the property and invest in Jammu and Kashmir, thus opening a new economic landscape for the future. In addition to the private industry, there is scope for academic institutions to come up. Effectively the citizens of J&K secure their ‘right to prosper’ like any other citizen of the country.

Third, the weak link between Kashmir and rest of the country has been exploited over the years by Pakistan for its proxy war against India with unabashed use of terrorists as strategic weapons. More recent and much more ominous are the designs to widen and deepen the abyss, by pushing agendas through instruments like ‘Islamic State’ and propaganda of ‘Ghazwa-e-Hind’.

Fourth, given the growing proximity between China and Pakistan, the relationship between J&K and the rest of the country is much too sensitive to remain dependent on fragile temporary arrangements. There is progressive enmeshing of China into the Jammu & Kashmir region. In 1963, Pakistan had transferred the Shaksgam area to China, and now with CPEC running through Gilgit-Baltistan, the complexities are multiplying.

Fifth, the political landscape, too, needs to be more democratic, affording people more options and opportunities. These special provisions have given rise to politics of convenience managed by a handful of separatist and mainstream politicians, with ideologies often blurring, and people suffering from misgovernance and rampant corruption.

Going forward, it is important that the immediate aftermath is managed very deftly. In doing so, first and foremost should be an effective communication campaign, using all possible direct and indirect media for the people to understand the benefits of this decision. It is crucial to be mindful of the sensitivities involved. The Home Minister’s statement that we don’t want J&K to remain a Union Territory forever, it will become a state again once the situation improves, has been welcomed by the people. Second, concomitant measures are essential to check street protests and violence engineered by political leaders, over-ground workers of terrorists, their funding and handlers from Pakistan. Third, the positive change must be visible to the people in the form of substantial initiatives.

The challenge is to make the population that suffers from a sense of alienation and despondency, which is continuously bombarded by propaganda, to perceive the situation positively. Economic measures, with clear signs of sustainability, can have a positive impact. Underscoring economic dividends of investments from other parts of the country, should not lead to the local population feeling overwhelmed. The process must be gradual and respect local concerns. Enhanced security measures must be regularly reviewed for progressive reduction. Fourth, keeping the international community informed on the decisions and progress should have a salutary impact. Strategic communication of national interest and intent is essential to secure the information domain from manipulation by the adversary. Fifth, expanding local leadership is a must to fill in the void and provide alternatives of hope. Local leaders can help in the transition towards a better future.

Not A Single Year She Missed Bringing My Favourite Chocolate Cake: LK Advani on Sushma Swaraj