Afghanistan In Disarray As Taliban March Towards Mazar-e-Sharif

A meeting of the extended troika- US, Russia, China, and Pakistan is scheduled for today. 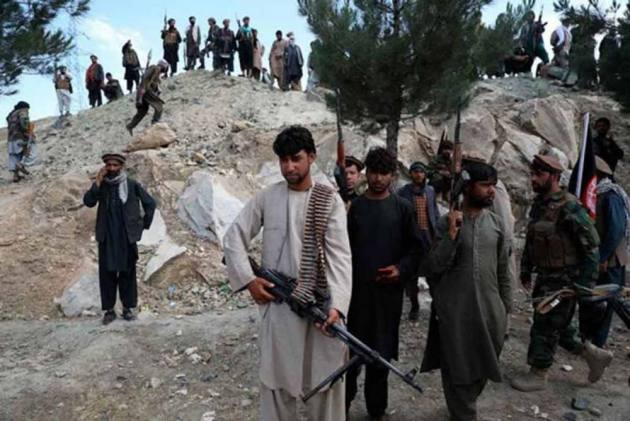 To boost the morale of the Afghan National Army and deflect criticism from citizens that the government was in disarray and unable to rally its resources to stop the Taliban, President Ashraf Ghani flew into Mazar-e-Sharif - the latest city under attack. But the situation continues to be dire with news coming in of three more areas falling to the Taliban. As of Wednesday, nine provincial cities are now controlled by the Taliban. These include Kunduz, one of the country’s largest cities, Sar-e-Pol, Sheberghan, Aybak, Taluqan, Pul-e-Khumri, Farah, Zaranj, and most recently Faizabad.

Ghani’s trip is also to convey to his people that the government is up and running and the President himself is leading the charge. India has flown out its diplomatic staff from Mazar-e-Sharif yesterday, thanks to the critical security situation. Ghani arrives at a time when a Taliban attack on the city was repulsed by the Afghan national army and government forces retook the neighbouring Nahr-e-Shahi district. Mazar is the capital of Balkh province.

The governor of Balkh, Mohammad Farhad Azimi told Afghanistan’s Tolo News that “The Taliban have focused their attention on Balkh province to take control.” The police chief Sultan Musavi was also quoted as saying: “We managed to recapture this area while facing strong resistance and with the help of air support.” said Sultan Musavi, the police chief of Nahr-e-Shahi, a town adjacent to Mazar.

President Ghani was accompanied by Mohammad Mohaqiq his adviser on security and political affairs and former Mujahideen commander Juma Khan Hamdard. Earlier on Tuesday another former Mujahideen warlord Abdul Rashid Dostum had flown into Mazar. Ghani will preside over a high-level security meeting that will focus on coordination between the Afghan National Army and the Public Uprising Forces, in other words, the militia of the various warlords that have come together to fight the Taliban. The focus will also be on taking back cities that have previously been captured by the Taliban.

On Monday, President Ghani took a similar meeting of political leaders in Kabul to form a joint command centre for what is called the Public Uprising Forces, made up of volunteers and militia-controlled by ethnic warlords. The idea is to strengthen this force and equip and strengthen it. Key politicians (warlords?) will be part of the command centre. Abdullah-Abdullah, chairman of the High Peace Council, and once a bitter rival of Ghani also attended the meeting. The effort is for all anti-Taliban forces to unitedly fight to save the democratic and liberal ethos of the country.

The Taliban, which was initially in control of the countryside, has made a swift advance in the last couple of days as provincial capitals have fallen like nine pins. Citizens in urban areas anxious to ensure that Afghanistan does not go back to the days of Taliban rule are angry with President Ghani and his team for not doing enough to stop the advance. Alarm bells are ringing across the world at the alarming situation in Afghanistan.

The US has warned the Taliban once again that if it takes power by force in Kabul it will not get international recognition. When US Secretary of State Antony Blinken was in India, he warned the Taliban that a military takeover will make Afghanistan a pariah state.

As the situation in Afghanistan continues to deteriorate, the international community is making a last-ditch effort to stop the civil war already on in the country. A meeting of the extended troika- US, Russia, China, and Pakistan is scheduled for today. The group is scheduled to talk separately to the Afghan and Taliban delegations calling for another attempt at a negotiated settlement. Chances of the Taliban agreeing seem dim.