The Atal tunnel has become strategically important to provide an alternate route to the Indian Army to Leh which is currently in the spotlight due to Indo-China stand-off. 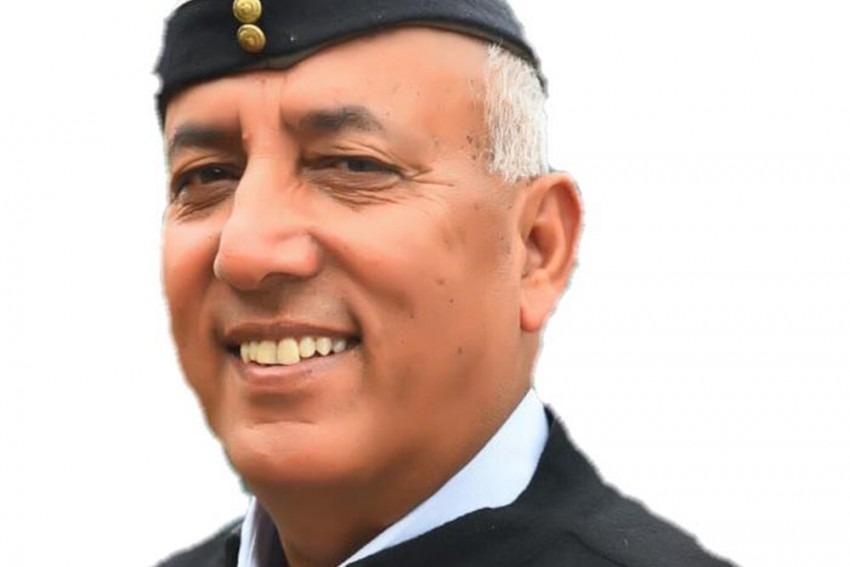 The tunnel is considered as the dream project of Vajpayee, who also owned a house in Manali. Built as a magnificent piece of engineering with most ultramodern facilities, the Rohtang tunnel will provide an all year round connectivity to people of Lahaul Spiti who have remained in isolation for decades. Most importantly the tunnel has become strategically important to provide an alternate route to the Indian Army to Leh which is currently in the spotlight due to Indo-China stand-off. Ashwani Sharma of Outlook spoke to Brigadier Khushal Thakur, a Kargil war veteran at Kullu.

There is quiet enthusiasm on both sides, the south region i.e. Kullu Manali andnorth region which comprises the Lauhal valley. The people of Lahaul Spiti who remain in isolation and cut off for almost six to seven months, will be immensely benefited. They will get round the year connectivity. It will revolutionize their farm economy and boost tourism. The tunnel is highly important from a strategic point of view to provide reliable alternate connectivity to the forces deployed at Leh.

Q) Being a soldier who fought the Kargil war successfully, how do you weigh the importance of the Tunnel for Indian army?

It's going to be a game changer for the Indian army particularly in the current scenario of stand-off between the Indian and the Chinese in Ladakh region. Logistically, the tunnel will put the army in a highly comfortable position for all its movements and supplies.

Q) Do you think it will enhance the capacities of the army?

Of Course, if we recall 1962 war, India did not suffer setbacks because of shortcomings in its fighting capabilities, manpower or lack of training but, we did not match the physical infrastructure and logistics backup back then. Now, this tunnel and the Shinku La tunnel will provide the shortest, safer third alternative corridor for the armed forces for forward areas of Ladakh. The routine will provide 11 month connectivity to the forces and will help back up logistic support. More importantly, the commissioning of the tunnel will send a strong psychological message to China, and also the world.

Q) In the heightened tensions on the Ladakh border, what is your assessment of the ground situation at LAC?

At least the next one month is very crucial. China never expected the kind of response the Indian army gave to them which inflicted losses. During these months, India has enhanced and fully upgraded its presence in the area. Lot of logistics have already been moved there. Our forces are going to stay there in full strength as we had done at Siachen. That's why I view commissioning of Atal Rohtang Tunnel as the biggest turning point both for LAC and LOC. If China dares some misadventure, it will realise that India is no longer the same.

Q) What are your memories of Kargil War? Was Manali-Leh artistry used for logistics and what has changed now?

On May 20, 1999, my unit (18 GRENADIERS) along with 2 Rajputana Rifles was tasked to recapture Tololing peaks. Manali-Sarchu-Leh road was the main line of communication during the war. Now Atal Tunnel has been completed, it would boost the morale of the soldiers who stand tall guarding the frontiers on the icy peaks. The Tunnel has placed us in a better position in a conflict scenario. A third route Darcha-Padum-Nimu, which requires building a 4.5-km tunnel under Shinku La, however, can be a faster alternative to reaching Ladakh.

Q) How the tunnel will change things for Lahaul Spiti?

The tourism which is the main mainstay of Himachal Pradesh economy will find a new USP — Atal Rohtang Tunnel. It is a magnificent piece of engineering at a height of 10,000 feet above sea level. The people of Lahaul are eagerly waiting for their dream to come true— of getting 12 month connectivity. Their economy will see a visible change. They will be able to market their cash crops. During winters there was be no medical facilities for emergencies. People used to die as even helicopter flights did not operate. There is visible optimism in the districts of Kullu and Lahaul Spiti about the tunnel and its importance for the nation and Himachal Pradesh.

Will Set Example By Punishing Those Who Harm Honour Of Women: UP CM Yogi Adityanath