However, maintaining his stance, Rakesh Tikait emphasised that the talks can only take place if the Centre agrees to discuss repealing the thee new farm laws. 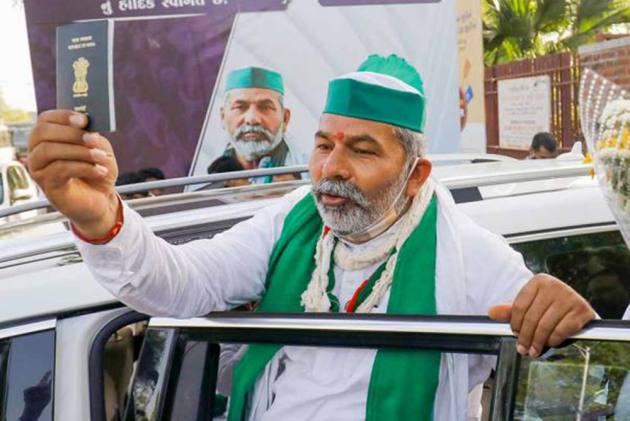 Bharatiya Kisan Union (BKU) leader Rakesh Tikait on Sunday reasserted that protesting farmers were willing to resume talks with the Centre to break the deadlock over the government’s latest agriculture legislations.

However, maintaining his stance, Tikait emphasised that the talks can only take place if the Centre agrees to discuss repealing the thee new farm laws.

Previously, 11 rounds of talks were held between both sides to break the stalemate over the issue, however, little progress was achieved.

Thousands of farmers, mostly from Punjab, Uttar Pradesh and Haryana have been camping at various Delhi border points since November, protesting the Centre’s Farmers' Produce Trade and Commerce (Promotion and Facilitation) Act, 2020, Farmers' (Empowerment and Protection) Agreement on Price Assurance and Farm Services Act, 2020 and the Essential Commodities (Amendment) Act, 2020, claiming they are anti-farmer.

The farmers have also announced their decision to carry out countrywide protests on May 26, to mark six months of their sit-in agitation at Delhi’s borders.

Twelve major opposition parties, including the Congress, TMC, Left parties, SP, NCP and the DMK, on Sunday extended their support to the nationwide protest call issued by the farmers.

According to Haryana BKU chief Gurnam Singh Chaduni, farmers in large numbers from Karnal district on Sunday left for the Singhu border to observe May 26 as "black day".

Meanwhile, Samyukta Kisan Morcha (SKM), an umbrella body of over 40 protesting farmer unions, on Friday had written to the prime minister, urging resumption of talks with the Centre.

A government panel had met farmers leaders on January 22. There have been no talks between the two sides since January 26 when the farmers' tractor rally in the national capital turned violent.

The Hisar district authorities in Haryana stepped up security ahead of a farmers’ protest on Monday.

Farmers had given a call for the protest after the state police booked over 300 of them in connection with a violent clash in the district last Sunday.

Police had lobbed tear gas shells and used force to disperse a group of farmers who had tried to march towards the venue where Chief Minister Manohar Lal Khattar had gone to inaugurate a COVID hospital.

Farmers' organisations had said they will gherao the Hisar police commissionerate on Monday and demand action against police personnel who allegedly lathicharged them.