In the leaked audio clips, Sasikala was purportedly heard telling a few AIADMK members that it’s her responsibility to save the party and re-establish Jayalalithaa’s rule 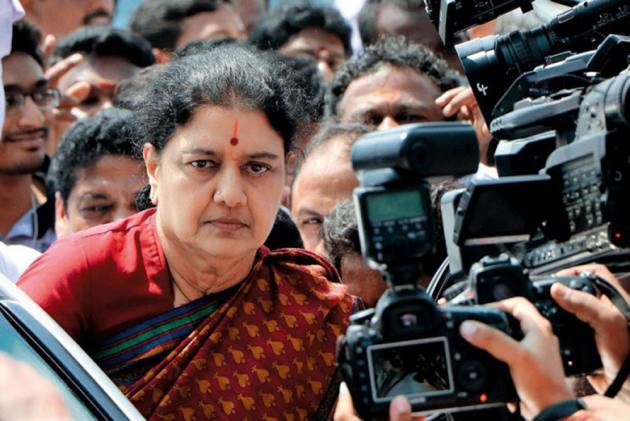 Amid the release of audio tapes of purported conversations between ousted AIADMK leader V K Sasikala and some party members, the party on Wednesday accused Sasikala of creating confusion within its ranks with an intention to “divide and rule”.

Lashing out at Sasikala, who was the closest confidante of late AIADMK chief J Jayalalithaa, party leader D Jayakumar alleged that Sasikala was indulging in audio politics for personal gains.

In the leaked clips, Sasikala was purportedly heard saying that she has the responsibility to save the party and re-establish the rule of Amma (late chief minister J Jayalalithaa). "I am confident that I will be able to set the party in order as you are with me. The AIADMK should be strong even if it turns 100 years old. We will definitely bring in Amma's rule," she reportedly said.

Responding to her clips Jayakumar wondered how Sasikala could stake claim to the party when she was not even a primary member and warned that such designs would not succeed.

Earlier, while warning of disciplinary action against those who interacted with the ousted interim general secretary, expelled 17 members, including party spokesman V Pugazhendhi. Most of those expelled were said to have spoken to her.

Hitting out at Sasikala for attempting "divide and rule," and to "capture" the party, Jayakumar said such a thing would never happen.

The cadres are vigilant and fully understand the "kind of conspirators they are", Jayakumar alleged in an apparent reference to Sasikala and her nephew TTV Dhinakaran, who is the chief of Amma Makkal Munnetera Kazhagam adding "such conspiracies will not succeed".

K C Veeramani, also a former Minister has said that Sasikala was speaking to some party people merely using "black sheeps" while both O Panneerselvam and K Palaniswami were continuing to safeguard the party and its interests.

Sasikala, opposing removal of functionaries from the party for speaking to her over phone, had told a loyalist that she would have retained O Panneerselvam as Chief Minister in 2017 had he not rebelled against her.

In March, ahead of the Assembly polls, Sasikala had said that "she will stay away from politics," but would pray for of Jayalalithaa's "golden rule".

She became AIADMK interim general secretary following Jayalalithaa's demise in 2016 and this appointment was rescinded at a general council meet in 2017 and it also announced invalidation of all the appointments made by Dhinakaran.

This meet also created new posts of coordinator and co-coordinator for OPS and EPS respectively, giving them all powers and the factions led by the duo had come together by then, while Sasikala and her followers were dislodged.

Since then, the AIADMK had made it clear that there was no scope for rapprochement with Sasikala or her relatives.

Eventually, Dhinakaran floated the Amma Makkal Munnetra Kazhagam in 2018 and had said often that retrieval of the AIADMK was his outfit's goal.

A case by Sasikala, challenging the 2017 AIADMK general council resolutions, including removing her from the post of interim general secretary is pending in a city civil court and the matter is posted for next hearing on June 18.

Sasikala had a real clout in the AIADMK during the days of Jayalalithaa and she served a four year prison sentence (2017-2021) in Bengaluru following conviction in an assets case and returned to Tamil Nadu in February this year to a grand welcome from her supporters.