Maken tweeted, 'Sh. Rajiv Gandhi sacrificed his life for the country. True colours of AAP have come out in the open! I have always believed that AAP is the B team of BJP!' 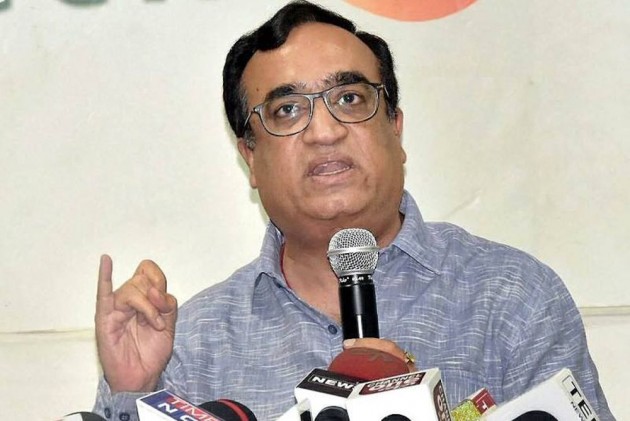 Maken's reaction came after AAP MLA Alka Lamba stirred a controversy by opposing the resolution brought by her party, which appealed to revoke the coveted title conferred to the late Prime Minister owing to killing of Sikhs during 1984 Anti-Sikh riots.

Backing Lamba, who has been asked to resign from her party following her rebellion, Maken tweeted, "Sh. Rajiv Gandhi sacrificed his life for the country. True colours of AAP have come out in the open! I have always believed that AAP is the B team of BJP! "

Ajay Maken, Congress: Rajiv Gandhi sacrificed his life for the country, not even BJP has ever demanded to take back Bharat Ratna from him. Kejriwal should apologise and this portion of the resolution should be expunged from the assembly’s proceedings. pic.twitter.com/l8W1RLWBYN

"AAP fielded candidates in Goa, Punjab, MP, Rajasthan, Gujarat, Chhattisgarh just to cut the votes of Congress and help the BJP," he added.

According to media reports, the AAP leadership had asked Lamba to resign from the Delhi Assembly and primary membership of the party.

Lamba had walked out of the House after refusing to give her support to the resolution. Following which in a tweet she mentioned that she is ready to face any punishment because of her actions.

The Party has asked for my resignation. I'm ready to resign but Rajiv Gandhi has sacrificed a lot for the country and I didn’t support the proposal in Assembly of taking back his Bharat Ratna. I've been asked to resign because I stood against the decision of the party," Lamba said.