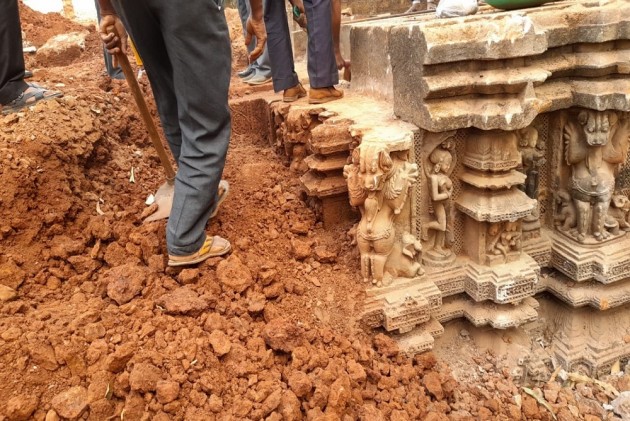 Officials of the Archaeological Survey of India (ASI) have uncovered an ancient stone structure near Bhubaneswar’s Shree Lingaraj Temple, believed to go back centuries in time and of immense historical importance.

The ASI was engaged in cleaning and preservation work across areas demolished by the Odisha government for a beautification project. It was near the area when it discovered the ancient ruins.

"The Sari temple located close proximity towards the south-east of the exposed structure of which the former is datable to circa 13th Century CE and the latter could be contemporary or earlier to the Sari Deul," ASI Odisha head Arun Mallick said. The structure is thought to be older than Shree Lingaraj Temple itself -- the 11th-century relic that is a storied landmark across the state and nation.

Mallick said that the structure was found during  ASI's "scientific cleaning" of a stretch of land near the Suka and Sari temple complex, close to the Shree Lingaraj Temple.

"Features of said mouldings suggest that it seems to be part of an ancient temple of typical Kalingan style. The structure seems to be the pista of a temple remains." 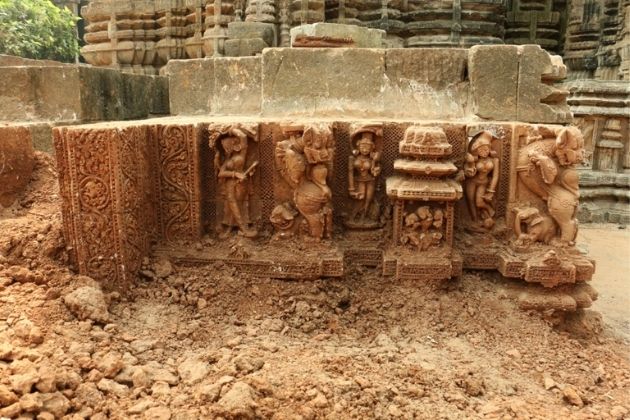 "The platform is consisting of paving of dressed stone blocks while the edges of said platform bears stone slabs with mouldings. The exposed platform is located at the north-west corner of the Sari temple," Mallick added.

He said that the Odisha government carried out a beautification project around the Shree Lingaraj Temple in 2019 to level the area and relieve it of congestion.

"The demolition drive has damaged remains of several ancient temples in the vicinity", he noted, referring to the use of heavy machinery. After several meetings, the ASI began sorting through the rubble to look for structures carrying historical value to save "from further vandalism".

The discovery carries immense archaeological, socio-cultural and religious importance, interlinked with ancient Odisha's temples. Mallick fears that some portion of the structure might have been permanently damaged due to the usage of machinery in the development project.

The discovery of the temple has sparked a movement to preserve and protect the state’s cultural and historic legacy.

Union Petroleum Minister Dharmendra Pradhan, who is from Odisha, wrote to Culture Minister Prahlad Singh Patel on Saturday urging him to intervene in the preservation of heritage. The minister has requested that a team of heritage experts from Delhi visit the structure to study and explore the remains. 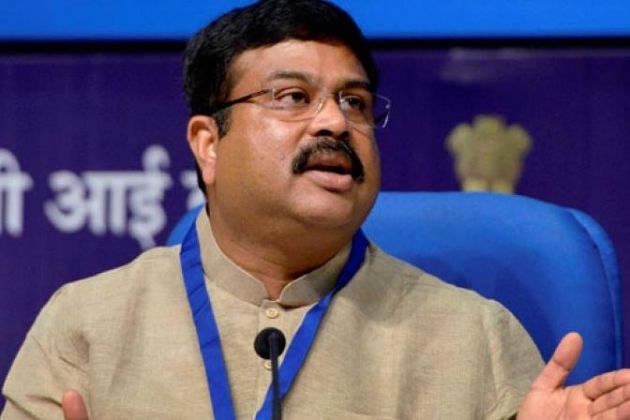 “The Bhubaneswar Circle of the Archeological Survey of India (ASI) recently chanced upon invaluable remains of a 10th-11th Somavamshi period temple floor on north-west corner of the Sari temple,” he wrote in the letter. The ASI was carrying out a “scientific cleaning” of the land adjacent to the temple complex, he said.

ASI's discovery opens the door to believe that there may be "additional heritage structures lying buried under encroachments in the Ekamra Kshtera". It also assumes cultural importance as the discovery could mean that Sari temple complex was built on the Panchayatana model where the main temple is surrounded by four subsidiary shrines.

Pradhan noted that the Lord Lingaraj temple and the temple complex are protected under the Ancient Monuments and Archaeological Sites and Remains Act (AMASR Act).

“I request your personal intervention in directing Archeological Survey of India (ASI) to send an expert team to Bhubaneswar for carrying out a detailed study and thorough scientific excavation of the Ekamra Kshetra area in Bhubaneswar for unearthing heritage structures which may lie buried under encroachments on an expedient basis,” the minister wrote seeking government intervention in the matter.

Anil Dhir, of the Indian National Trust for Art and Cultural Heritage (INTACH), however, thinks it’s too little too late. The beautification project on the important structure has been fervently objected to over the last eight months by the organisation. He also claims that the project began without the submission of a Ground-penetrating radar (GPR) report and a heritage assessment. These are profiles are used for evaluating the location and depth of buried objects and to investigate the continuity of any such activity.

Dhir says that despite objections and interventions, the project was continued. “In spite of protests and a lot of stay orders from the court, they have bulldozed the routes destroying many precious artefacts and sites.” The motivation behind the haste to carry out this "development" work he claims was borne out of a need to commercialise the area and transform it into a tourist spot.

He notes that it is this discovery that has put ASI into action. The "historic structure" which they found is a "wake-up" call.

INTACH is writing to the government urging them to put an immediate halt to the development activity, make a proper heritage assessment report of the work already done and what is left, and constitute a heritage committee comprising of heritage experts and not "bureaucrats".

"Even the people of Old Town should be part of it – they should be asked whether they want the proposed beautification or not," Dhir says.

All said and done, Dhir says the fight is already lost because the damage has been done. The urgency is also echoed in minister Dharmendra Pradhan's letter, who wrote: “There is an urgent need to act quickly in order to salvage and preserve what remains of this priceless ancient Odishan architecture."