Assam Pradesh Congress Committee Ripun Bora requested the governor to institute a judicial inquiry by a sitting judge of the high court into case of police firing at escaped criminals. 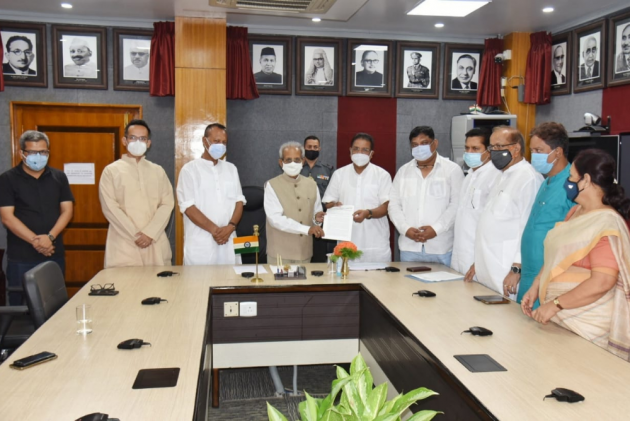 The opposition Congress in Assam on Thursday asked the governor to institute a judicial inquiry by a sitting judge of high court into the incidents of police firing at alleged criminals trying to escape as well as militants leaving several dead and injured in the past two months even as the chief minister has said that no wrong has been done and he stood by the police.

In a memorandum to Jagdish Mukhi,  Rajya Sabha member and president of the Assam Pradesh Congress Committee Ripun Bora said the inquiry should ascertain the circumstances leading to the incidents and whether there was any alternate way to capture the accused.

The memorandum said human rights in Assam has been constantly violated during the two months since the new BJP government assumed office. It said Congress has always been fighting against drug trafficking, cattle smuggling and rape etc. “We are committed to extending our fullest cooperation to the new Government to make Assam a crime-free state. But at the same time, we are opposed to a violation of human rights or the Constitution in the name of apprehending the criminals involved in drug peddling, cow smuggling, etc.,” the memorandum said.

The party said that more than 30 encounters have taken place during the last two months injuring and killing a number of accused after police arrested them.  Stating that it is well nigh impossible for criminals to escape from custody, it said there was much reason to think that it might be a ploy to protect some “high profile leader from the ruling Government” as drugs peddling or cow smuggling have been going on in the state unabated during the five-year rule of the previous BJP government.

Over the past two days in the ongoing budget session of the assembly chief minister Himanta Biswa Sarma said there will be “zero tolerance” against drug and human trafficking and cattle smuggling.

“What do we expect the police to do when the criminals try to escape by snatching their firearms? Allow them to escape and then again face criticism? They are desperate criminals and want to escape and can go to any length to do that,” he said, adding the police have done no wrong because they have always shot in the legs. “Section 46 of the CrPC allows that,” he said. “I am always going to stand by the police, but if they do wrong then I will question them,” he said.

An advocate Arif Jwadder has moved the NHRC seeking an inquiry while the Assam Human Rights Commission has also asked the state government to inquire into the incidents.