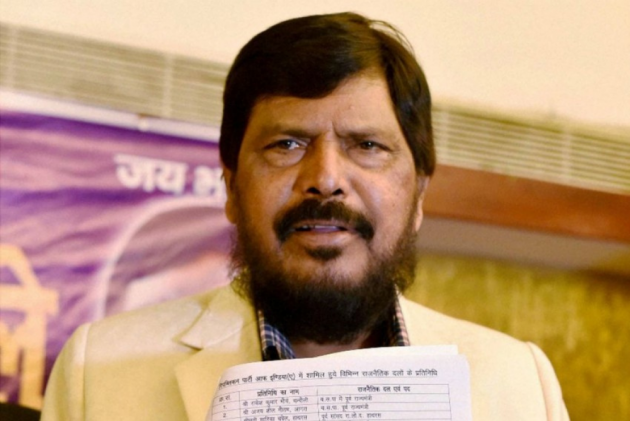 Saying strained relationship between Shiv Sena and BJP had affected Maharashtra’s development, Union Minister Union Minister Ramdas Athawale on Sunday urged the two parties to get back together for the welfare of the state.

"Such feuds are not acceptable. It is improper to register a case in this manner against Rane, who is a Union minister. Even the Sena in the past has made such statements. The two parties must come together and work towards the development of Maharashtra, which has been adversely affected," said Athawale.

He said it was "impossible" for the Maharashtra Navnirman Sena and BJP to come together as the latter is a national party, while the Raj Thackeray-led party had a Marathi son of the soil agenda.

He said the bitterness caused between the Sena and the BJP due to the arrest of Union minister Narayan Rane, on July 24, over an alleged 'slap' remark against Chief Minister Uddhav Thackeray must end.

Asked about Raj Thackeray recently accusing the NCP of indulging in politics based on caste hatred, Athawale said Dalits were being tortured for the past 70 years, adding that the MNS chief may have based his statement on incidents that have taken place in the past in rural areas of Pune. (With PTI inputs)