The six persons were arrested after local BJP MLA Atul Bhatkhalkar posted a video of the Friday's assault on the retired Navy officer on Twitter. 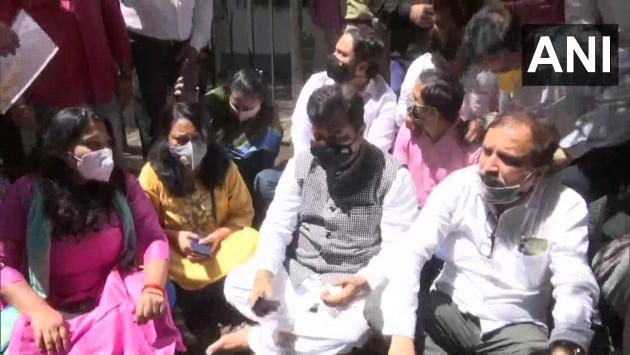 Six suspected Shiv Sena workers were granted bail on Saturday in a case of assaulting a retired Navy officer for allegedly forwarding a cartoon of the party president and Chief Minister Uddhav Thackeray on social media, evoking allegations of political pressure from the BJP.

Denying any political interference, Joint commissioner of police (law and order) Vishwas Nangre Patil said the bail was granted to the accused in view of the COVID-19 situation.

The six persons were arrested after local BJP MLA Atul Bhatkhalkar posted a video of the Friday's assault on the retired officer, Madan Sharma (62), on Twitter. A complaint was filed against Sena workers at Kandivali police station.

Leader of opposition in the state Legislative council Pravin Darekar, Bhatkhalkar and the victim's family members staged an agitation outside the ACP's office in Kandivali.

They demanded that the accused be booked under sections 326 (causing grievous hurt by dangerous weapons and means), and 452 and 450 (house-trespassing) of the Indian Penal Code (IPC), which are non-bailable.

Nangre Patil, who visited the site of the protest, told the protesters the accused were booked under section 325 of the IPC for causing grievous hurt and rioting sections, which was a bailable offence.

"Six persons arrested yesterday under section 325 of the IPC. They were granted bail in view of the COVID-19 situation. There is no political pressure. I don't think section 326 can be invoked since that amounts to the use of sharp weapons. We will see the legal scrutiny of slapping trespassing clauses against them," the police officer said.