According to the 2011 Census, Muslims comprise 34.22 per cent of Assam's total population of 3.12 crore and they are in majority in several districts. 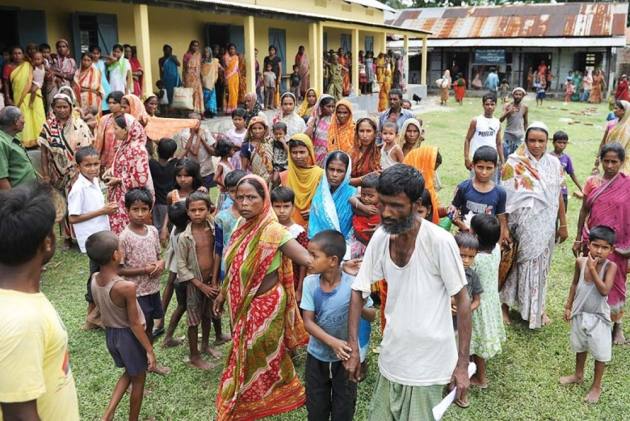 Congress MLA Sherman Ali Ahmed on Tuesday said that the birth rate among the Muslim populace of Assam, especially those residing in riverine areas, will come down if measures are taken to spread education and develop healthcare facilities and means of communication.

“Education is the best contraception, I believe. Besides making education accessible, healthcare facilities and means of communication in the remote riverine areas, where population growth rate among Muslims is still high, have to be improved,” he said.

Moving a Private Member’s Special Motion, Ahmed said that though there is a perception that the birth rate is high among Muslims, it has been reducing rapidly over the last few years.

Who Are The Muslims Of Assam?

He, however, added that the rate needs to be further brought down and for it, framing only laws will not work.

According to the 2011 Census, Muslims comprise 34.22 per cent of Assam's total population of 3.12 crore and they are in majority in several districts.

The Congress leader said that the birth rate was high among other communities of the state also, but he has focussed on the Muslims, particularly in riverine areas, as Chief Minister Himanta Biswa Sarma had expressed concern over the population growth of this section.

He also emphasised the need to curb social ills like child marriage and make contraceptives and other birth control means accessible to the populace of these areas.

“Unfortunately, there was nothing in this year’s state budget for improving education or communication infrastructure in these areas. If the government desires, it can still take steps to improve these facilities in those parts,” Ahmed added.

Speaker Biswajit Daimary informed the House that the chief minister will be replying to the special motion on August 13.

Sarma had in June urged the Muslim community to adopt a "decent family planning policy" for population control to reduce poverty.

On July 19, the Congress legislator had raised a similar matter, under a different provision of the Assembly, suggesting various measures to bring down the birth rate among the Muslims, particularly those settled in the ‘Char-Chaporis’ (riverine areas).

The CM, replying to Ahmed on that day, had said that his government had no objection to the proposals, except those related to providing jobs as this had to be based on merit and not population representation.

He had said that the House will adopt this resolution without any further debate if he made the relevant changes. Accordingly, the Congress member brought the Special Motion on Tuesday.

The government has already planned to appoint 10,000 ASHA workers to distribute contraceptives among Muslim women and set up a population army of 1,000 youths to create awareness among the members of the community, Sarma had said.