In the absence of any top leadership, which has been under house arrest since August 5 following the abrogation of Article 370, the political activity of local parties has been reduced to almost nill. 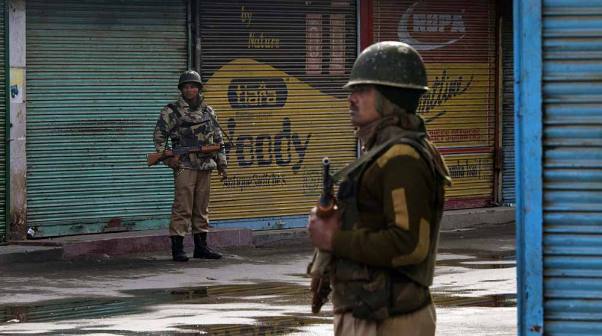 While the BJP and the Congress have announced that they will participate in the block development council (BDC) elections In Jammu and Kashmir to be held on October 24, the regions local parties-  People's Democratic Party (PDP) and the National Conference (NC) remain still uncertain.

In the absence of any top leadership, which has been under house arrest since August 5 following the abrogation of Article 370, the political activity of these parties has been reduced to almost nill.

PDP General Secretary R.K. Bali told IANS, "The political activity of our party is completely zero as all of our senior leaders have been detained or put under house arrest."

The PDP leader said that in absence of their senior party leader, no major decisions can be taken in view of the BDC elections.

Another senior PDP leader Narinder Singh Raina said that it is only when Mufti comes out of house arrest can any proper decision be taken.

The PDP leader said that till that happens,  they have asked their leaders to keep on working at the grassroots level."

Meanwhile, a meeting of the PDP workers was scheduled with Mufti, but it was deferred due to some reasons and now another meeting will be arranged in the coming days.

NC's Jammu provincial president Devender Singh Rana said, "Without the senior leadership we cannot decide on our own if we will participate in the polls or not."

He further said that there has been a complete lockdown in Kashmir.

To a question about his views on the clampdown in the state for last 60 days, Rana said, "All the sections of the society has been hit badly in the state in last two months."

"And if the political process has to be started here then these members have to be released first," the NC leader said.

Rana himself was detained on August 5 and has been only released on October 2.

Rana then held a meeting with the party leaders on Thursday and submitted a memorandum to Governor Satya Pal Malik seeking his permission meet the NC President and Vice President in Srinagar.

Charging the Modi government for the abrogation of Article 370, Raina said that it will have an adverse effect for the people of Jammu and Kashmir as the reservation for students in the educational institutions will go as students from other parts of the country will also participate in the examinations here.

The PDP leader said that Section 43, which ensured jobs to the kin of the government employees in case of their deaths has also been scrapped.

Rana said that the fruit traders have been adversely affected by the clampdown in the state.

"Earlier thousands of trucks used to arrive in Jammu with the apples and other fruits from Kashmir, but that has also been hit hard as only a few hundred trucks are coming," he said.

The Congress has also voiced its sympathies for the regional parties and said without the participation of opposition parties it cannot be called an election, but it will merely be a selection process.

"So we will participate in the polls, but before that the government has to ensure that we are allowed to move across the entire Jammu and Kashmir, as I have been only allowed to move in and around Jammu," Mir said.

"I am not allowed to go to my own assembly constituency," Mir, who represents Doru assembly from Anantnag district of Jammu and Kashmir.

Slamming the government, the Congress leader said, "If the government really wants to hold elections in J&K, then they need to free all the political leaders and ease the clampdown in the state."

"And without that this it cannot be called an election but it will be merely a selection process," he said.

Mir also said that when opposition leaders are not allowed to campaign then how could elections be free and fair.