On July 12, altogether 146 people, including 28 women showed up at the Janata Durbar where the chief minister lent a patient ear to their problems and reassured them all to solve them. 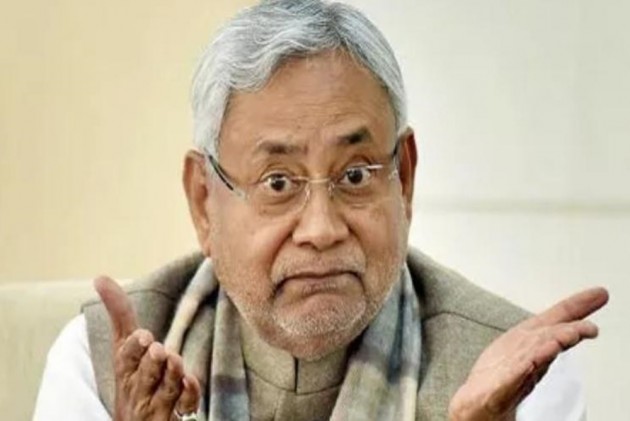 Bihar Chief Minister Nitish Kumar is back to his Janata Durbar, resuming it on a ‘pressing public demand' to do what he did best in his previous terms: Direct interactions with the common man to redress their grievances.

But he had a rather tough time when he came face to face with the people on the first day in Patna. From a close encounter with a man claiming to be afflicted with black fungus to the complaint of a harried woman about her missing gold locket, he got quite an earful about unusual complaints.

On July 12, altogether 146 people, including 28 women showed up at the Janata Durbar where the chief minister lent a patient ear to their problems and reassured them all to solve them. During a five-hour-long session, the visitors sought his interventions to help them in matters related to a whole range of issues, from the assault of a woman by the toughies of her village to the pending scholarships of a college girl. But he also had to face a few tricky situations during the day.

A young man coolly went up to Nitish to complain that he was not getting proper treatment despite having symptoms of black fungus. It alarmed the officials of the CM secretariat who acted swiftly to send him to the Indira Gandhi Insititute Of Medical Sciences (IGIMS) in Patna. Thankfully, the doctors did not find any symptom of the dreaded fungal disease mucormycosis in him.

Nitish was also left stunned when a woman from Bakhtiyarpur complained to him that her gold locket had gone missing at the Janata Durbar. She suspected that it might have gone missing during her frisking by security personnel. The police quickly moved into action to look into her complaint.

It was not all. A youth from the Nawada district wanted Nitish to do something urgently to check the rampant vulgarity in Bhojpuri and Magahi songs which, he said. were not only demeaning to women but also promoting violence. “It is detrimental to society at large,” he told the Chief minister.

Such complaints, however, are not new for Nitish. Between 2006 and 2106, when he threw open the gates of the Chief ministerial bungalow for the common man, he had to contend with many such woes. Every Monday, he would try to fix problems, such as family feuds to the tiffs between the spouses, which did not require the intervention of the chief minister. Nonetheless, he played a patient ‘agony uncle’ all along to help redress their woes.

Based on the complaints received from the people at his Janata Durbar, Nitish later promulgated the Right to Public Grievance Redressal Act in 2016 intending to resolve people’s grievances in a time-bound manner and stopped his Janata Durbar.

But now, he has resumed it, saying he has done it in deference to the wishes of the people of the state. “I was often told by many people that the Janata Durbar should resume since it would help those who were not unable to take the benefits from the Act," he says.

The Opposition, however, remains unimpressed, dismissing it off as nothing but an exercise in futility. It claims that no follow-up action was taken by the government officials on the majority of petitions received at Nitish’s Janata Durbar in the past. Many petitioners also claimed that their problems were never sorted out despite meeting the Chief minister several times.

The ruling JD-U, however, asserts that the problems of the majority of the people were solved after their direct interaction with the Chief minister. The party believes that Nitish’s Janata Durbar had set a trend, which was later emulated by many Chief ministers of other states.