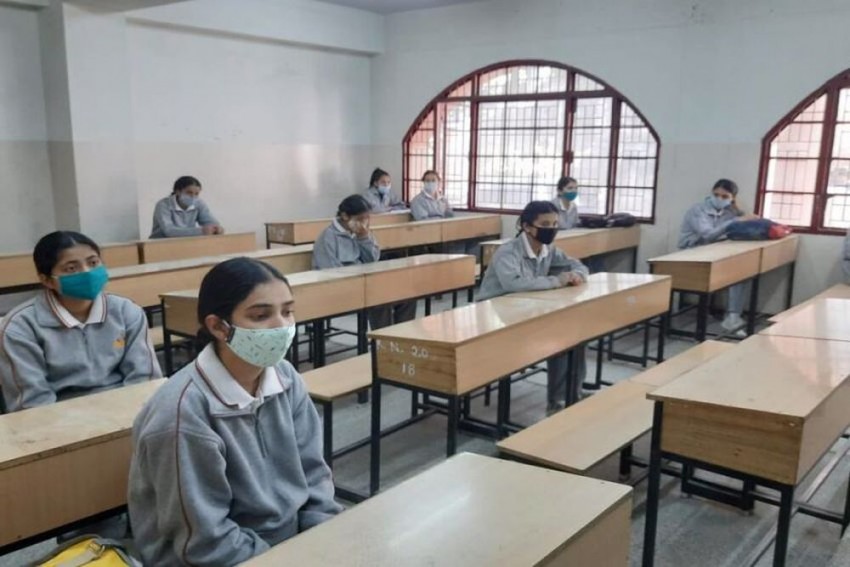 The Central Board of Secondary Education (CBSE) on Thursday submitted the assessment system for class 12 students before the Supreme Court of India.

The Council for the Indian School Certificate Examination (CISCE) said however that it would consider the performance of students for last six classes, unlike CBSE which is taking note of performance in class 10, 11 and 12 exams, in finalising the final board results.

Both the boards said they would declare the results on or before July 31.

The Central Board of Secondary Examination (CBSE), in its assessment scheme, referred to components to be evaluated and the weightage in percentage to arrive at final results.

It said the marks obtained by class 12 students in practical and internal assessment on actual basis as uploaded by schools on CBSE Portal will be also considered in deciding final results.

A special vacation bench of justices A M Khanwilkar and Dinesh Maheshwari rejected the plea of senior advocate Vikas Singh that there should be a relook of the decisions of CBSE and CISCE to cancel class 12 board exams in view of the fact that tests like Common Law Admission Test (CLAT) would be conducted in physical manner.

“We have no manner of doubt that this cannot be taken forward. We have already accepted in principle the decision taken by the Boards and placed before us.

In the hearing conducted through video conferencing, the top court said prima facie, it has no reservation to accept the assessment schemes and the boards can proceed on the same.

“However, the (assessment) scheme must incorporate the provisions for dispute resolution in case students want correction of final result declared and the second is for declaration of results and when the timeline for optional exams would be declared,” the bench told Attorney General K K Venugopal, appearing for the CBSE and senior advocate J K Das, representing CISCE.

Both the boards agreed to the suggestions of the bench which has now posted the matter for hearing on Monday when senior lawyer Vikas Singh would advance arguments on assessment schemes.

“We will have it on Monday. You (CBSE and CISCE) are free to finalise your scheme and notify it. If further suggestions are given, then we can consider it,” the bench ordered, adding that the suggestions of Singh may be incorporated later.

The bench was hearing pleas seeking directions to cancel the class 12 exams of the CBSE and CISCE amid the pandemic situation.

While dealing with some interim pleas relating to cancellation  of class 12 board exams by various state boards, the bench said the copies of the applications be given to the counsel for state governments.

At the outset, Venugopal said, “CBSE has been in existence since 1929 and this has never happened before in the history of CBSE”.

He said the assessment criteria has been devised by a committee of experts and for this purpose, the CBSE has decided to consider the performance of students in class 10, 11 and 12.

For class 10, the marks based on the average theory component of the best three performing subjects of the main five subjects would be considered and their weightage would be 30 per cent, the law officer said.

Elaborating further, he said the marks obtained in theory paper in class 11 will be considered and given 30 per cent weightage.

The marks obtained in unit test, mid-term and the pre-board exams of class 12 would be given 40 per cent weightage in deciding the final results, he said.

“Marks of practical/internal assessment etc of class 12 will be considered on actual basis as uploaded by the schools on CBSE portal,” he said, adding that the "total marks awarded should be in consonance with the past performance of the schools in class 12 board exams”.

During the hearing, the bench said there should be a forum for disputes redressal mechanism in the scheme itself and timelines be given as to when the results would be declared and the optional exams would be conducted.

“There has to be some outer date. Optional examination will also be specified. Subject to conducive situations and logistical issues,” the bench said, adding that if one lakh students decide to appear in optional exams then it can be managed keeping in mind the COVID protocols.

“We will certainly do so. This is the totality of it. We will note down the suggestions and consider them seriously,” Venugopal said.

On June 3, the bench had said it was happy to note that the government had cancelled the class 12 board exams, and had directed the CBSE and CISCE to place on record well-defined objective criteria for assessment of students in two weeks.