Rajasthan Chief Minister Ashok Gehlot said he hopes Captain Amarinder Singh will not take any such step, which will harm the Congress party. 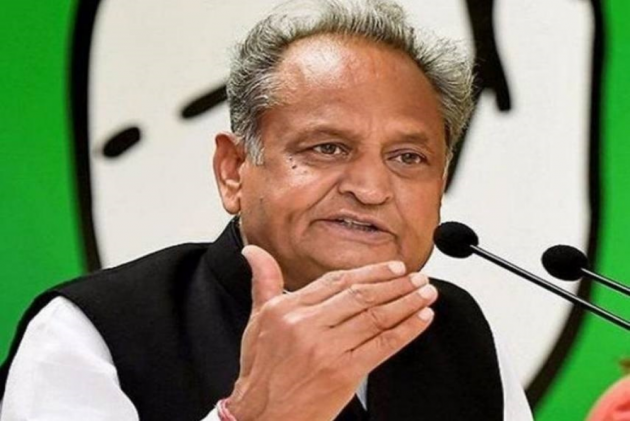 Following resignation of Punjab Chief Minister Captain Amarinder Singh, Rajasthan Chief Minister Ashok Gehlot on Sunday urged him to think about Congress’ interests and the country’s interests before taking any decision about his political future.

Earlier, after submitting his resignation Singh had said: "As far as my future politics is concerned, there is always an option and I will use that option when time comes."
Gehlot said Singh is a respected leader and advised him to listen to his "inner voice" and keep the party's interest in forefront.

"I hope that Captain Amarinder Singh will not take any such step which will harm the Congress party. Captain Sahib himself said the party had kept him as the Chief Minister for nine-and-a-half years. He has served the people of Punjab by working to the best of his capacity," Gehlot said on Twitter.

I hope that Capt. Amarinder Singh ji won't take any step that could cause damage to the Congress party. Capt. Sahib himself has said that the party made him CM and allowed him to continue as CM for nine and a half years. pic.twitter.com/rqJfzzxUp3

He has worked to the best of his capacity and served the people of Punjab.
Capt. Amarinder Singh ji is a respected leader of the party and I hope that he will continue to work in the future also keeping the Party's interests in the forefront.

"I personally believe that the Congress president chooses the chief minister at the risk of inviting displeasure of several leaders who are in the race for chief ministership. However, when the same CM is changed, he/she is displeased and holds the decision wrong," he said, adding that the high command sometimes has to take decisions in the interest of the party with feedback from MLAs and the people.

Gehlot said the time now is to rise above oneself and think of the country and the Congress party.