Reacting to the development, Priyanka Gandhi said the trend of the BJP government threatening public representatives and journalists by filing FIRs is "very dangerous". 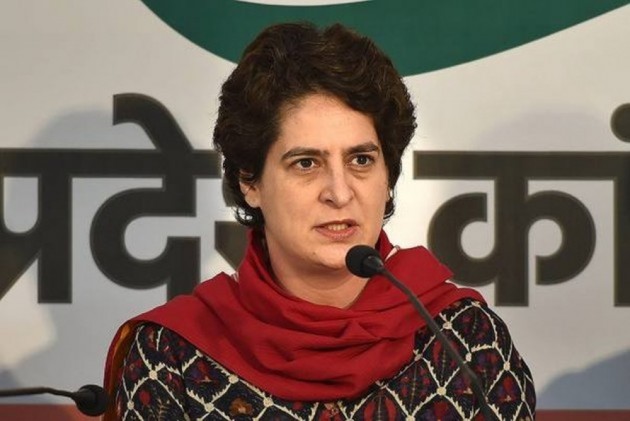 The Congress on Saturday criticised BJP over FIRs registered against party MP Shashi Tharoor and six journalists. Congress leader Priyanka Gandhi Vadra alleged that BJP has "torn to shreds" the "dignity of democracy" by this action.

Congress also alleged that the BJP governments at the Centre and in states are determined to "brutally and blatantly silence" every dissenting voice "by hook or by crook".

Tharoor and six journalists -- Mrinal Pande, Rajdeep Sardesai, Vinod Jose, Zafar Agha, Paresh Nath and Anant Nath -- have been booked by police in some BJP-ruled states over their allegedly misleading tweets on the violence during the farmers' tractor rally in Delhi on Republic Day.

Reacting to the development, Priyanka Gandhi said the trend of the BJP government threatening public representatives and journalists by filing FIRs is "very dangerous".

"Respecting democracy is not the government's prerogative but it is its responsibility. The atmosphere of fear is like poison for democracy," she said in a tweet in Hindi.

"The BJP government has torn to shreds the dignity of democracy by FIRs against senior journalists and public representatives," she said.

In a statement, Congress chief spokesperson Randeep Surjewala said, "The BJP governments at the Centre and in states are hell-bent on brutally and blatantly silencing every contrarian or dissenting voice by hook or by crook."

In doing so, it is resorting to threats, intimidation and coercion that seem to be exceeding the overreach of even the "draconian Press Act of 1910 and the Rowlatt Act of 1919", he said referring to the British-era laws.

"The FIR filed against senior journalists and editors and a Congress MP is a clear cut instance of strangulating democracy by the BJP and its leaders," Surjewala said.

"'Either you should be with us, or we will use state machinery to harass and bulldoze you’ is thoroughly embedded in the Modi government’s DNA," he alleged.

The bedrock of BJP’s 'New India' is based on creating an atmosphere of fear by systematically targeting its detractors and labelling all dissenting voices as ‘anti-national', he claimed.

"No segment of the society, be it farmers, youth, Dalits, tribals, women or any common citizen with a mindful alternative view has been spared by this concerted modus operandi of the Prime Minister, Home Minister and various BJP CMs, especially Yogi Adityanath of UP," Surjewala said.

The entire nation has witnessed how ministers in the Modi government have repeatedly spewed venom against the lakhs of farmers who have been protesting in a largely peaceful manner for the last 70 days, he alleged.

"Dismantling that side of the fourth pillar – the media – which does not toe the slated line of the BJP, while protecting the one which does, exposes BJP’s utter hypocrisy," he said.

The Congress strongly condemns the FIR against senior editors and a Congress MP, which is nothing but another step in the direction of "criminal intimidation of dissent, taken by this tyrannical government," he said demanding that the FIRs be quashed.

Tharoor and the six journalists have been booked by the Noida Police for sedition, among other charges, over the violence during the farmers' tractor rally in Delhi, officials said on Thursday.

Madhya Pradesh police have also filed a First Information Report (FIR) against Tharoor and the six journalists over their 'misleading' tweets on the violence during the farmers' tractor rally in Delhi.