A Congress spokesperson said that in the backdrop of the new reports on Chinese incursions in Ladakh region, the Prime Minister must answer 'whether our borders are safe'. 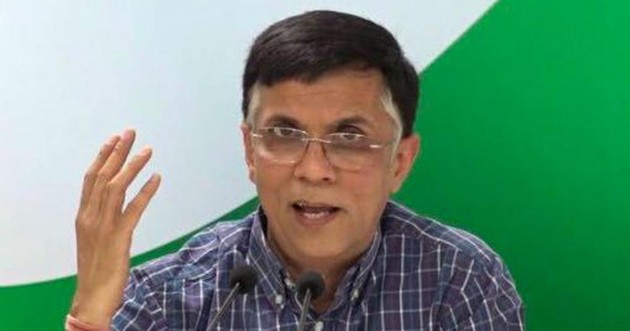 With reports emerging of continued presence of Chinese troops on the Indian side of the LAC in Galwan Valley, the Congress party on Thursday upped the ante against Prime Minister Narendra Modi. The Congress has now also dragged in National Security Advisor (NSA) Ajit Doval and his son, Shaurya Doval, into its shrill verbal duel with the BJP on the Ladakh standoff.

In light of new satellite images of incursions by the Chinese People’s Liberation Army (PLA) in Ladakh’s Galwan Valley, Congress spokesperson Pawan Khera said “questions will be asked” of the Prime Minister. The Congress spokesperson said that in the backdrop of the new reports on Chinese incursions, the Prime Minister must answer “whether our borders are safe, have their been any incursions, can the Indian Army continue patrolling on June 25 in areas of Ladakh where it was patrolling prior to April 1.”

Khera said these questions are being asked by retired Indian Army Generals, strategic experts and the Opposition but “instead of responding, Modi is giving a clean chit to the Chinese by saying that they did not intrude into our territory.” Khera was referring to the controversial statement by Modi at an all-party meeting convened by him on June 19 where he said, in his concluding remarks, that there has neither been any intrusion into the Indian territory nor has any Indian post come under any foreign occupation.

Quoting Global Times, a Chinese tabloid published by the Chinese government’s official mouthpiece, People’s Daily, the Congress spokesperson said, “China has lapped up Modi’s statement to tell the world that the Indian Prime Minister has said that China is within its own territory… China then added to this by saying that Galwan is in our territory.”

The Congress also brought out past instances of the BJP’s engagement with China’s ruling Communist Party to question Modi on what results did his party’s bonhomie with the Chinese Establishment have for India. “When Rajnath Singh was the BJP president in 2007, a delegation from the Chinese Communist Party (CCP) visited him in Delhi and a joint statement was issued stating that the two parties need to strengthen their relationship. Again on October 17, 2008 when Singh was still BJP president, the members of CCP politburo visited him and reiterated the need to strengthen their historic relations. In January 2009, the RSS and BJP sent a joint delegation to China to meet CCP politburo members and discuss strategic issues of Arunachal Pradesh and Tibet though the BJP was not even in power then and the RSS isn’t a political party,” Khera said.

The Congress spokesperson added that similar exchanges between the BJP and the CCP continued when Nitin Gadkari and Amit Shah held the post of BJP president. “In May 2014, the BJP came to power with Modi as PM. In November 2014, the BJP sent 13 elected members of parliament and assemblies to China to strengthen the relations between the ruling parties of the two countries. When Modi became the PM, Global Times says, ‘China finds itself very comfortable working with Mr. Modi’…”

Khera also drew in Modi’s chief ministerial stint in Gujarat to claim that at the time there were only a handful of countries who allowed Modi to enter their territory and China was among them. “Modi visited China four times when he was chief minister and regularly invited Chinese delegations to Gujarat. After winning the 2014 elections, Modi invited the Chinese Premier to India thrice… when Modi and the Chinese premier were sitting together on the banks of the Sabarmati, at the same time the Chinese were carrying out incursions in Ladakh’s Chumar valley. Finally when the Chinese withdrew, it was a conditional withdrawal and we agreed to those conditions… then in 2017 came the Doklam standoff and ever since there have been reports of large scale construction activity continuing by China in Doklam,” Khera said.

The Congress spokesman also wondered whether the ongoing standoff with China is happening “despite the bonhomie that Modi has with China or because of it”.