Coronavirus Cases In India Soar Past 2000, Death Toll Rises To 73

Maharashtra has recorded the highest number of cases at 416 followed by Tamil Nadu at 309. 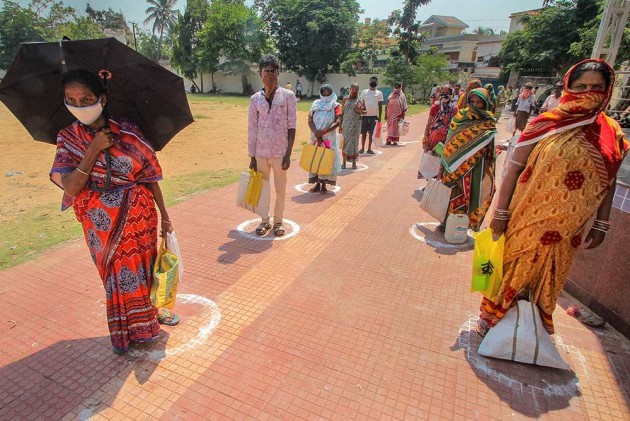 The number of positive cases of coronavirus in India soared to 2,331 on Thursday with the death toll reaching 73, according to a tally maintained by PTI based on information provided by state governments.

As per the tally, 174 patients have been discharged after recovering.

However, the Union Health Ministry has placed the total number of cases at 1,965 and the death toll at 50. The ministry said that 151 people have so far recovered from the infection.

According to the updated numbers from state governments, The highest number of confirmed cases of the pandemic has been reported from Maharashtra at 416. As many as 81 people tested positive for COVID-19 on Thursday.

Maharashtra is followed by Tamil Nadu with 309 infections and Kerala with 286.

The number of cases in Delhi has also gone up to 208, CM Arvind Kejriwal said. This is expected to increase as more people associated with the Tablighi Jamaat event and their contacts are tested, he added.

Around 400 COVID-19 positive cases have been found in the country whose epidemiological linkage can be traced to the Tablighi Jamaat cluster, the health ministry said on Thursday.

These numbers are increasing as more samples are being tested, Agrawal said.

Regarding the Dharavi COVID19 positive case that has caused widespread concern, he said the building there has been sealed and sample collection and contact tracing is going on as per protocol.