The Gujarat government has said 400 people will be allowed to participate in Eid-e-Milad processions, only if the procession is confined to the local area boundaries. 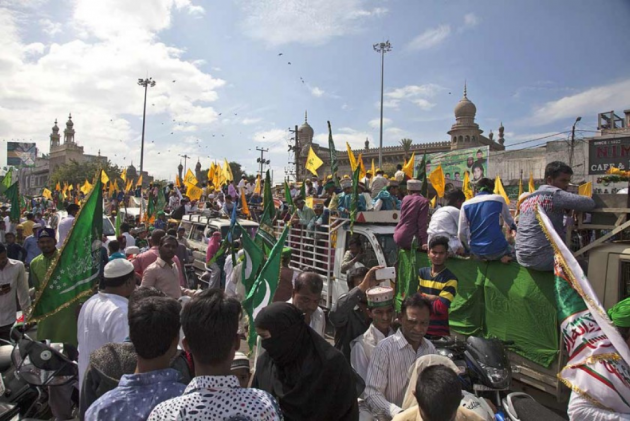 The Gujarat government on Monday said up to 400 people can participate in Eid-e-Milad procession in a particular area only if it is confined within its own locality and does not move out of its area boundaries.

The announcement was made day after three Congress MLAs including Gyasuddin Shaikh, Imran Khedawala and Mohammad Javid Pirzada—urged the state BJP government to raise the limit on participation in a procession from 15 people to 400 people.

The state government on Sunday had given a go ahead to the Eid-e-Milad celebrations in the state.

It had announced that processions can be taken out on Tuesday with certain restrictions in view of the Covid-19 pandemic situation.

As per guidelines issued by the state’s Home Department on Sunday, not more than 15 people and one vehicle could participate in a procession of Eid-e-Milad—set to be celebrated on Tuesday to mark the birth anniversary of the last prophet of Islam, Prophet Muhammad.

After the Home Department issued the notification on Sunday, Shaikh and two other Muslim MLAs shot off a letter to Gujarat Chief Minister Bhupendra Patel, expressing displeasure over the norm and urged him to allow 400 participants in a procession, as per the prevalent Covid-19 guidelines in the state.

In a 'clarification' issued on Monday, the state government said "400 people can take part in a procession, if it moves within a locality, mohalla or street and does not go out of that limited area".

If the procession goes out of the area, only 15 people will be allowed in it as per the guidelines issued on Sunday, said the latest release.

The Gujarat government on Sunday also said the processions can only be taken out during the day hours in view of the night curfew in force in eight cities of the state.

The government had also said that the movement of processions should remain restricted to their localities so that they are completed in minimum possible time.

The processions and celebration of the festival will have to be organised with strict adherence to Covid-19 guidelines in terms of the use of masks, sanitisers and social distancing, a government notification had said.

At present, night curfew between 12 midnight and 6 am is in place in eight major cities of Gujarat and the state government has already given permission to organise religious, political or social gatherings with a limit of 400 guests, said the release.

For the just-concluded Navratri festival, it had allowed garba dance celebrations in residential societies with relaxation in night curfew timings. (With PTI inputs)