Priyanka Gandhi Holidays In Shimla Amid Crisis In Punjab Congress

The Congress general secretary Priyanka Gandhi Vadra was seen holidaying at her bungalow in Shimla, at a time when rift has emerged between Congress leaders in Punjab. 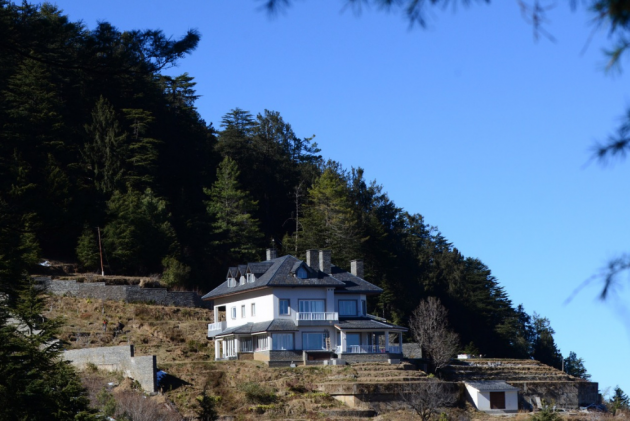 The Congress general secretary Priyanka Gandhi Vadra was seen holidaying in Shimla on Saturday amidst crisis in the party’s Punjab unit.

Priyanka Vadra was seen cooling her heels at her bungalow at Chharabra—high security zone in the Shimla hills.

Earlier, she drove from Chandigarh to reach Shimla in the morning, while her husband Robert Vadra had reportedly reached the bungalow yesterday.

Is Sunil Jakhar The Next CM Of Punjab After Amarinder Singh? Congress Calls MLAs Meet Today Amid Rift In Party

A Congress leader confirmed to Outlook that “Priyanka madam” will spend next four to five days at the bungalow .

“No party worker is allowed to come over and meet as this is a private visit,” he said.

The Congress leader Priyanka Vadra is holidaying in Shimla at a time, when her party has got embroiled in a crisis in Punjab. Pertinently, she was instrumental in promoting Navjot Singh Sidhu as head of the party’s Punjab state unit.

She has been frequently coming to her bungalow at Shimla, and spending time with her children and family members.

Priyanka Vadra—daughter of Congress interim president Sonia Gandhi—bought the plot of private land in three instalments in 2007, 2011 and 2013.

The HP Tenancy and Land Reforms Act 1972 debars non-agriculturists from buying land in the state without government’s permission.

The permission is granted under Section 118 of the act, which Priyanka obtained from incumbent governments, which include both the Congress and the BJP.