Stormwater Harvesting Can Save The Cities, Says CSE In Joint Report With National Mission For Clean Ganga

The report named 'Roadmap for Implementation of Water-Sensitive Design and Planning (WSUDP) in Uttar Pradesh: Stormwater Harvesting in Parks and Open was released on Tuesday at an online event 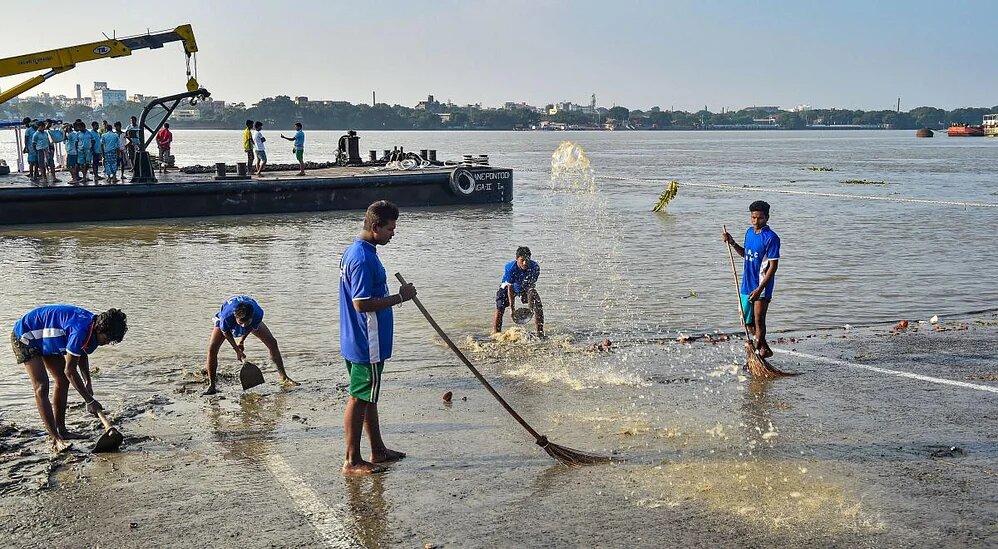 In a bid to propagate the concept of deploying stormwater harvesting as a measure to deal with urban flooding issues, the Centre for Science and Environment (CSE) has released a comprehensive report in collaboration with the National Mission for Clean Ganga (NMCG), Ministry of Jal Shakti, Government of India.

The report named 'Roadmap for Implementation of Water-Sensitive Design and Planning (WSUDP) in Uttar Pradesh: Stormwater Harvesting in Parks and Open  was released on Tuesday at an online event titled ‘Water-sensitive Urban Design and Planning: Approach, Challenges and Potential’ in presence of Rajiv Ranjan Mishra, director general, NMCG.

“Water sensitive urban design and planning is one of the key focus areas of the Namami Gange mission. The NMCG, in association with other stakeholders, has released a ‘River sensitive master plan’ and ‘Guidelines to protect urban wetlands,” said Mishra alongside delineating the entire saga of Namami Gange mission and how today it has flourished into a holistic river rejuvenation mission that initially was adopted as a river cleaning project only.

He also added that the urban city planners should now be reminded of utilizing the urban water bodies to help the cities survive.

“Urbanisation is not watertight – rather, it is a diffused process and hence it is necessary to have a composite approach of centralised and decentralised strategies and a mix of options. The learnings from Namami Gange initiatives are applicable in other river basins as well,” he said.

Considering the advantages of being located on the banks of Ganga, CSE’s report emphasizes on the potential of WSUDP in select cities of UP including Lucknow, Varanasi, Kanpur, Prayagraj and Moradabad with the focus on stormwater harvesting in public spaces as, according to their estimation, around 2,624 million litre of stormwater can be harvested from parks and open spaces located within these five cities.

“The urban built-up area has increased by approximately 44 per cent between now and 2005-06. This has widened the water demand-supply gap, leading to overexploitation of river stretches and aquifers and deterioration and encroachment of urban lakes and ponds. In such a scenario, cities need a water-sensitive approach", said Rohilla.

Later, he also elaborated on the options and techniques of stormwater management in open public spaces and highlighted the potential of upscaling such interventions, allocating a mere 1-3 per cent of the area of these parks to stormwater harvesting structures based on WSUDP principles.

The event has successfully kickstarted a training programme as well which so far has 130 participants hailing  from 13 states, including state programme management groups (SPMGs), planners (urban/regional/environment), engineers, joint directors and assistant directors from town and country planning departments, and officials from urban development authorities who also will be attending the programme.