The BJP MLA defended his remarks and said that he was merely responding to the complaints of the people who alleged that Muslims vendors spit on vegetables to spread Coronavirus. 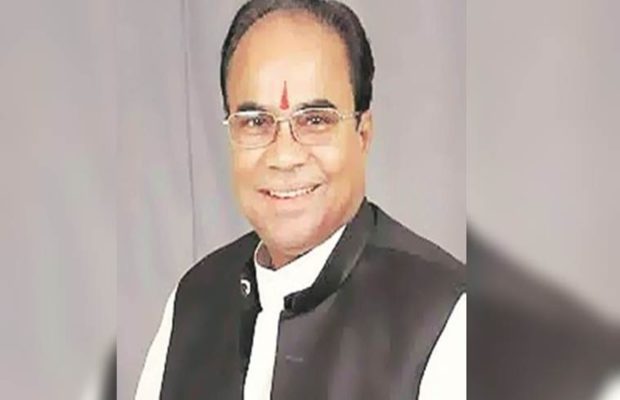 In the midst of the Coronavirus pandemic that continues to cost dozens of lives every day and the lockdown that has left millions jobless, a Bhartiya Janata Party MLA in Uttar Pradesh has asked people not to buy vegetables from Muslim vendors.

A video surfaced on the social media that shows BJP MLA Suresh Tiwari talking to a group of people, reportedly in Deoria district, and making the remarks that many social media users described as 'communal'.

The legislator from the Barhaj constituency can be heard saying: “I am telling everyone openly. Nobody should buy vegetables from Muslims.” The others who listen to him nod in agreement.

The video was shot around April 17-18 when Tiwari made a visit to his constituency.

On Tuesday, when the BJP MLA was asked to explain his remarks, he defended his statement and said that he was merely addressing the complaints of the people.

He said a group of 10-12 people had met him when he visited the constituency and they complained that the Muslim vendors spit on vegetables in order to spread the Coronavirus.

Meanwhile, the Indian Express reported that State BJP spokesperson Rakesh Tripathi has said that the party does not endorse such statements and that it would take cognisance of the matter.

Hate speeches against the Muslims saw an uptick after Tablighi Jamaat headquarters in Delhi's Nizamuddin was declared as the hotspot of the Coronavirus. Several BJP leaders blamed the Jamaat for spreading the virus in the country. In the aftermath of these remarks, several incidents were reported where Muslim vendors were disallowed from entering several neighbourhoods on the suspicion that they might spread the virus. The social media was abuzz with rumours that Muslim vendors spit on fruits and vegetables in order to spread the Coronavirus.