Taking note of a media report which quoted J&K LG on the delimitation exercise in J&K and holding of polls, the EC in a statement said it 'takes exception to such statements and would like to state that in the Constitutional scheme of things, the timings etc. of elections is the sole remit of Election Commission of India.' 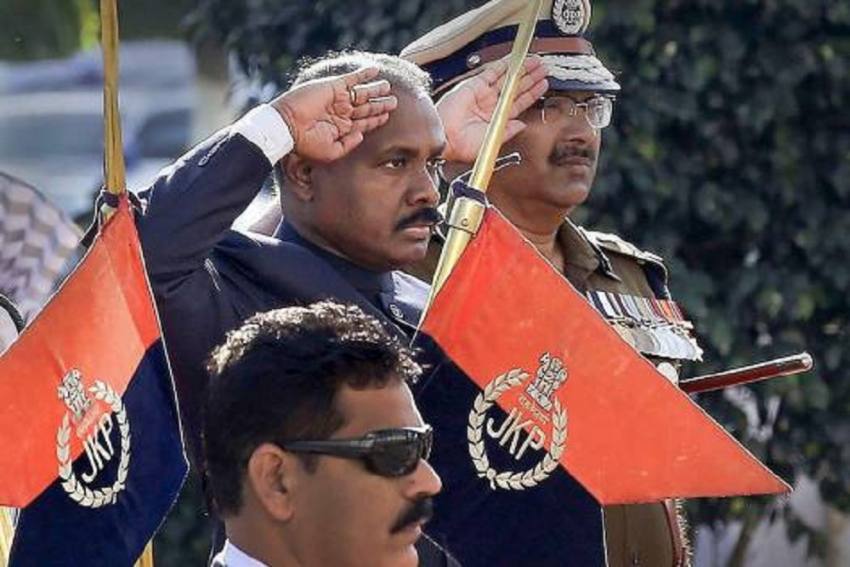 First Lieutenant Governor of Jammu and Kashmir, Girish Chandra Murmu, inspects the guard of honour on the first day of the re-opening of the Civil Secretariat.
File Photo
PTI 2020-07-28T16:09:01+05:30 EC Takes 'Exception' To J&K LG's Remarks On Timing Of Polls In UT 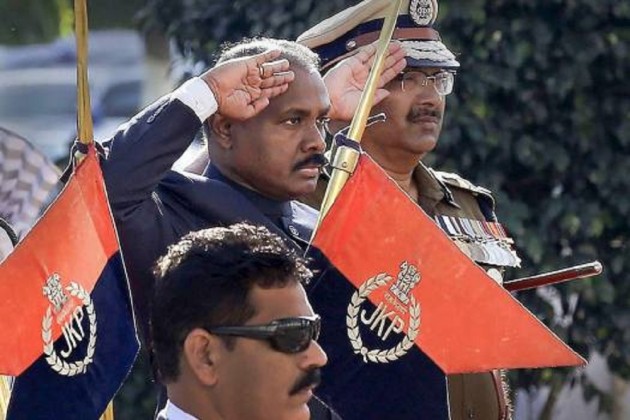 The Election Commission on Tuesday took "exception" to the reported remarks of Jammu and Kashmir Lt Governor G C Murmu on timing of polls in the union territory, and said in the constitutional scheme of things, only the EC is authorised to decide on the poll schedule.

Taking note of a media report which quoted Murmu on the delimitation exercise in J&K and holding of polls, the EC in a statement said it "takes exception to such statements and would like to state that in the Constitutional scheme of things, the timings etc. of elections is the sole remit of Election Commission of India."

The Commission also referred to similar statements of the LG reported by various media outlets in November last year and June this year.

"It would be proper for authorities other than the Election Commission to refrain from making such statements which virtually tantamount to interfering with the Constitutional mandate of the Commission," the statement said.

The poll panel said before deciding the timing, it takes into consideration all the relevant factors, including topography, weather, sensitivities arising out of regional and local festivities in the areas where the election is to take place.

"For example, in the current times, COVID-19 has introduced a new dynamic, which has to be, and shall be taken into consideration at the due time. In the instant case, the outcome of delimitation is also germane to the decision," the statement said.

Availability of central forces and railway coaches for their transportation are important factors, it pointed out.

"All this is done after meticulous homework by the senior officials of the Commission and a detailed assessment in due consultation with concerned authorities," it said.

The Commission itself schedules a visit to the concerned state wherever required and holds extensive consultations with all the stakeholders, the statement noted.

The union territory of J&K came into being on October 31, 2019 after the state was reorganised and bifurcated into two union territories, Ladakh being the other.

There is a provision of a state legislature in the union territory of J&K.

A Delimitation Commission set up by the government earlier this year has started the exercise of redrawing the assembly and parliamentary seats in J&K and some northeastern states.

Delimitation is the process of fixing limits or boundaries of assembly and parliamentary constituencies in the country.

According to the section 60 of the J&K Reorganisation Act, "...the number of seats in the Legislative Assembly of Union territory of J&K shall be increased from 107 to 114...."

Out of these, 24 seats are in Pakistan-occupied-Kashmir. So effectively, the seats will go up from 83 to 90, Chief Election Commissioner Sunil Arora had explained recently while responding to queries on the delimitation process in J&K.