‘Efforts On To Resolve Border Issue With Assam’: Mizoram HM

The Mizoram Home Minister Lalchamliana said the core committee is currently doing research on the state’s boundary with Assam. 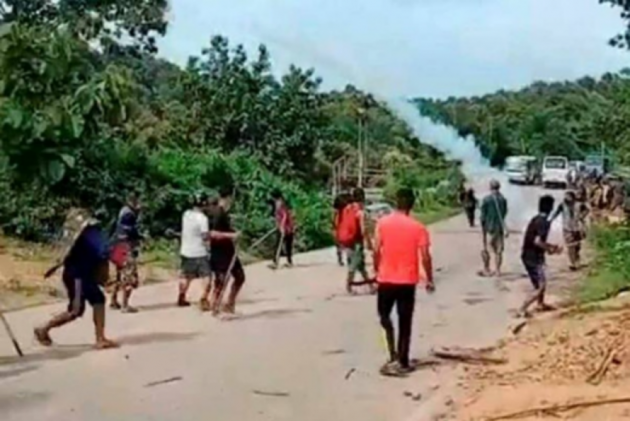 "The core committee is currently doing research and analysis on the state border by collecting topo-sheets and important documents related to the state boundary with Assam,"Lalchamliana said in response replying to a query from Congress leader Zodintluanga Ralte.

The state government had in 2018 constituted a core committee to study and assess the state boundary. It was re-constituted with chief secretary Lalnunmawia Chuaunog as the chairman in 2019, he said.

The state government has already appointed a nodal officer on the border issue and submitted a report to the Centre as per the Union Ministry of Home Affairs instruction, he said.

According to the home minister, the state government has also constituted a team to compile important documents, supportive of Mizoram's stand on the border issue and it will be tabled before experts from Manohar Parrikar Institute of Defence Studies when they visit the state.

A boundary committee involving all political parties and NGOs, headed by Deputy Chief Minister Tawnluia, has also been formed recently to deal with the issue, Lalchamliana said.

On Wednesday, the home minister claimed in the assembly that Assam has encroached and is currently occupying a vast area of lands belonging to at least 20 farmers from Kolasib district.

These lands are located in Aitlang area, bordering Assam's Hailakandi district, and Buarchep and Phainuam areas on the border with Assam's Cachar district, the home minister had said.

"There is no report of any encroachment from the neighbouring state at Thinghlun in western Mizoram's Mamit district, which borders Assam's Karimganj district," Lalchamliana was quoted as saying by assembly officials.

Tension escalated on July 26 when police forces of both states exchanged fire, leaving at least six police personnel and a civilian from Assam dead and more than 60 people injured.

The boundary dispute between the two Northeastern states is a long-standing issue and several attempts to resolve it since 1994 have yielded little result.(With PTI inputs)

Omicron Severity Is Anticipated To Be Low: Health Ministry's FAQs

Omicron Severity Is Anticipated To Be Low: Health Ministry's FAQs

Prateek Sur, Samarth Goyal / The Ministry of Health and Family Welfare has released the FAQs to educate the general public about the emergence and spread of Omicron. Answers predict that the chance of a third wave seems to be low.