The state government has announced the move against continued vaccine hesitancy. 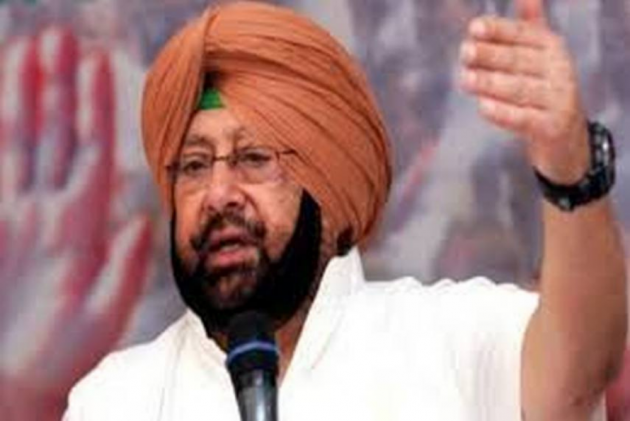 In order to restrict the spread of COVID-19 in the state, Punjab Chief Minister Amarinder Singh on Friday announced the government employees failing to take even the first dose of the COVID-19 vaccine for any reason other than medical will be essentially asked to go on leave from September 15.

The move was announced by the government through official statement which stated the move is aimed for protection of the people and to ensure that those who are vaccinated do not have to pay the price for continued vaccine hesitancy.

At a high-level virtual Covid review meeting held on Friday, Singh said vaccine effectiveness is evident from the data being analysed.

Special efforts were taken to reach out to government employees, and those who continue to avoid getting vaccinated will now be asked to go on leave till they get the first dose, he said.

In another decision taken in view of the upcoming festival season, Singh ordered extension of the existing Covid restrictions till September 30, with a limit of 300 on all gatherings, including political, and strict enforcement of wearing of masks as well as social distancing.

Earlier, the number of people allowed for indoor gatherings was 150 and outdoors was 300.

Singh also made it mandatory for organisers, including political parties, to ensure that participants, management and staff at food stalls, etc. in festival-related events are fully vaccinated or at least have had a single dose.

The chief minister called for continued vigil in the light of the festivals, and urged all political parties to lead by example, while directing the DGP to ensure compliance of restrictions by all.

Singh, meanwhile, allowed teaching and non-teaching school staff who had taken at least one dose of vaccine more than four weeks ago to resume duties, subject to submission of weekly RT PCR negative test reports.

However, all those with co-morbidities shall only be allowed once they are fully vaccinated, he added.

Punjab Health Minister Balbir Sidhu suggested a gap for the second dose to be reduced for the school staff to 28 days, but Chief Secretary Vini Mahajan informed the meeting that the Centre had rejected the state's request to allow them to be treated as essential services.

Singh noted with satisfaction that with aggressive testing, the situation in schools had remained under control.

Samples from 3,21,969 school students, along with 33,854 teaching and non-teaching staff, were taken in August across 5,799 schools and a total of 158 tested positive, which accounts for a positivity rate of only 0.05 per cent, he added.

Citing the latest sero-survey, he revealed that for children in the age group of 6-17 years, the positivity was at 60 per cent, and it was higher in the age bracket of 14-17 years.

It was spread equally across gender and place of residence, according to the survey, which has confirmed "that our children even though affected by Covid have remained largely safe from serious disease", the chief minister said.

Sidhu urged Singh to ensure availability of sufficient vaccines to ensure vaccination of all eligible people before the festivals.

Singh said he will pursue the matter with the Union health minister, who had earlier assured him of additional supplies.

He directed the Health Department to ensure that all staffers at sweet shops, kiosks, dhabas, etc. are vaccinated with at least one dose.

Noting that the state had already vaccinated more than 57 per cent of the eligible population, with the first dose administered to 1.18 crore and second to 37.81 lakh people, Singh ordered further intensification of the vaccination drive.

The chief minister directed the Department of Social Security to prepare to open anganwadi centres within this month.

In terms of variants of concern, the month wise whole genome sequencing sent to National Centre for Disease Control showed that the delta variant remains predominant, the chief minister said, adding that the whole genome sequencing lab at GMCH hospital in Patiala had started operations, and 67 total samples had been tested already and didn't show presence of any new variant.

K K Talwar, head of the state's Covid expert committee, urged the chief minister to appeal to all religious organisations to make regular announcements from temples and gurdwaras for wearing of masks.(With PTI inputs)