VK Sasikala was released from the Parappana Agrahara Prison in Bengaluru on January 27 after she completed her four -year jail term in a corruption case. 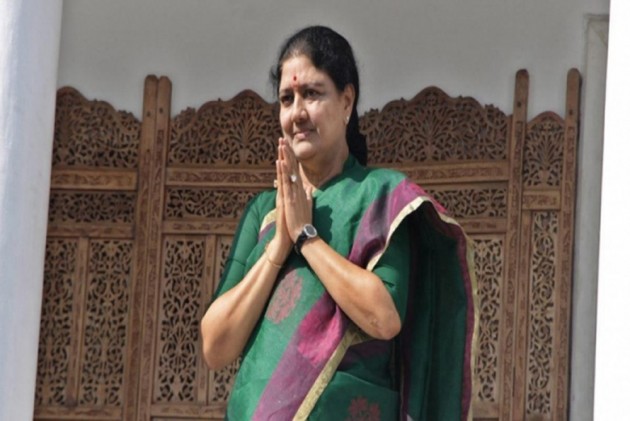 Sasikala, close aide of late Tamil Nadu Chief Minister J Jayalalithaa, was released from the Parappana Agrahara Prison in Bengaluru on January 27, after she completed her four -year jail term in a corruption case. She was imprisoned on February 15, 2017.

The former AIADMK leader tested positive for coronavirus one week before her release and she was discharged from Victoria Hospital in Bengaluru on January 31. She is now taking rest in a resort in Bengaluru as per doctor's advise.

Hitting out at the AIADMK, Dhinakaran said, “chemical” changes were taking place in Tamil Nadu ahead of Sasikala’s arrival, apparently referring to actions like expulsion of five AIADMK workers after they put up posters in her support.

A grand welcome awaits Sasikala, he further told reporters and appealed to cadres to ensure that the reception being planned by them does not cause traffic congestion on the Bengaluru-Chennai highway.

She would start at 9 am on February 7 from Bengaluru and reach her T Nagar residence in Chennai by road.

He said his aunt told him that she was recovering well in Bengaluru and that she plans to visit memorials of late leaders, C N Annadurai, M G Ramachandran and J Jayalalithaa. However, Jayalalithaa’s memorial has been closed, lately.

"I know many chemical changes have been happening in Tamil Nadu as soon as the news of her release broke out," Dhinakaran said.

Events like the present closure and opening of the Jayalalithaa’s memorial were the 'side effects' to Sasikala's return and it also showed the intentions of the people behind the move, he alleged.

For such actions, people will respond by giving their verdict in the Assembly elections due in a few months, he added.

When asked about AIADMK’s warning of legal action against Sasikala is she used the party’s flag on her car, Dinakaran said, Sasikala will continue her legal battle to win back the AIADMK adding that she is the party General Secretary (GC).

A case related to the general council of September 12, 2017 of the AIADMK that abolished the position of GC and her removal from that post was pending before a court, he said.

When asked if his aunt would visit the AIADMK headquarters in Chennai and convene the general council to retrieve the party, he said, "let there be some suspense...wait, you will know."